The trial began yesterday of the two inmates, five guards, and kitchen worker accused of running a years-long criminal enterprise from within Baltimore City Detention Center. 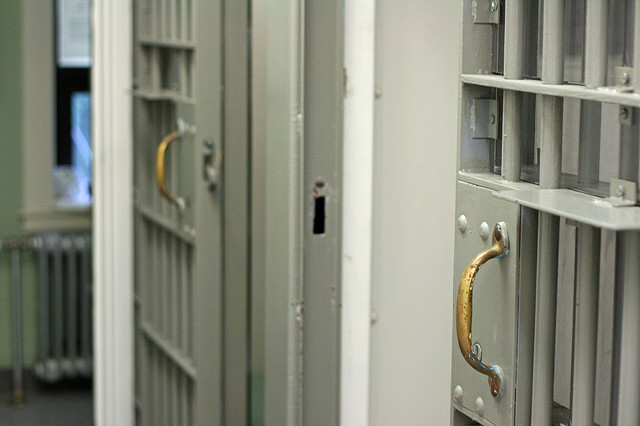 The defendants are the remaining eight of a group of 44 charged with conspiracy, drug distribution, and money laundering offences allegedly linked to jail gang the Black Guerilla Family (BGF); almost all of the others have accepted plea bargains, reports The Baltimore Sun.

White was indicted in 2013 on corruption charges along with 16 other inmates and 27 correctional officers. He pleaded guilty and his testimony will, according to law officials, form a key part of the prosecution. The guards, says prosecutor Robert Harding, provided the gang with the necessary means to operate an “underground economy in the prison” for years, using fear and threats to establish a monopoly over the drug trade in 2008.

A recorded phone call between White and a friend in 2013 revealed White saying, “This is my jail. You understand that. I make every final call in this jail, everything comes through me.” A month later, in another call, he was recorded saying, “Whatever I say is law. I am the law.”

White, who was among the first to plead guilty, has agreed to cooperate and testify against the others. He has thus far implicated more correctional officers than originally charged.

White is currently serving a 20-year sentence in an unrelated murder conviction. His guilty plea calls for him to serve 12 years, however, according to the Baltimore Sun, it is to run concurrently with his existing sentence. This means that White won’t serve any additional time for his role in the corruption scheme.

At the opening statements, reported by AP, Harding told jurors that they’re “about to go into a strange place, an upside down world where inmates ran the prison and correctional officers took directions from a gang leader.” This, said Harding, was a scheme in which all participated in “an ongoing contraband and narcotics trafficking organized inside the prison”.

According to the Baltimore Sun, defense attorneys have made it clear that they will attempt to discredit White’s evidence, saying he has cut a deal with prosecution.