New Jersey officials charged 11 people -- among them a legendary Mafia boss --  with racketeering, loansharking, money laundering and other crimes, on Oct. 21, according to the New York Post. The group allegedly made millions through various mob scams, including a US$ 400 million money-laundering operation that involved illegally cashing large checks in a popular Portuguese restaurant in Newark. 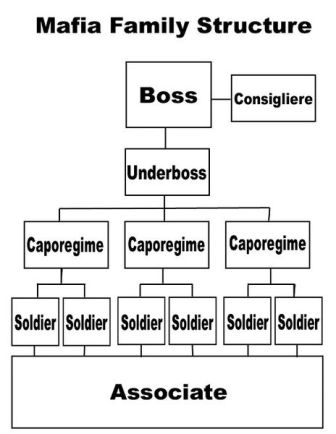 According to New Jersey Attorney General John Hoffman, restaurant owner Abel Rodriguez allowed checks of more than US$10,000 to be cashed without required identification and without filing currency transaction reports. Rodriguez charged a three percent fee for this service, which allowed customers to hide income or obtain cash for "under-the-table" payrolls.

Hoffman said that Rodriguez kept one percent for himself and sent the rest to Domenick Pucillo, who runs the Tri-State Check Cashing business and who financed the scheme. Pucillo turned over one quarter of his profits to Manuel Rodriguez, who after keeping his cut, passed the rest "up the chain" to Genovese family soldier Vito Alberti, 55, and reputed Genovese capo Charles "Chuckie" Tuzzo, 80, of Bayside, Queens. The four-year-long operation produced US$ 9 million in profit.

As ABC News reports,Tuzzo and Alberti were arrested and charged with racketeering, money laundering, conspiracy, loansharking and promoting gambling. Other charges against some of the 11 suspects include tax evasion, illegal sports betting and scoring no-show jobs.