A court in Astana, Kazakhstan, on Oct. 13 sentenced Muslim Umiryayev, the country’s former vice minister of agriculture, to 10 years in prison for accepting a US$ 100,000 bribe.

Umiryayev was arrested in his home on Dec. 21, 2013 by financial police.  The judge also confiscated all of his property and banned him from holding any official position for seven years after completing his sentence, reports Ak Zhaik. 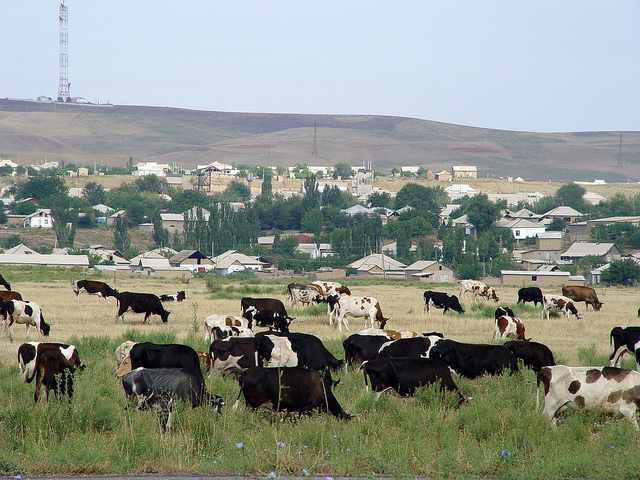 Umiryayev allegedly took the bribe in exchange for helping a company win a state contract to provide veterinary drugs, even though his job was to supervise crop farming and agriculture, reports the website Tengri News.

Several other Kazakh officials have been investigated for corruption in the past few years. Among those were Maskut Baktibayev, the head of the Cattle Breeding Department of the Agriculture Ministry; and Murat Ospanov, the chief of Kazakhstan’s state agency on the regulation of monopolies.

A warrant was issued for Baktibayev’s arrest on Dec. 30, 2013, a few days after he was caught accepting a US$ 4,700 bribe from the Director General of the Scientific Innovation Center of Cattle Breeding and Veterinary Medicine.

Prosecutors say that he gave the director a contract for beef-cattle production, according to Tengri. He is also accused of creating a fictitious rent agreement which required a company called IskerKhala to pay US$ 78,000. Ospanov was arrested on July 3 for accepting a US$ 300,000 bribe in a separate case, reports Kazpravda.