Authorities have caught the notorious and elusive leader of the Juárez Cartel, one of the most wanted men in Mexico and the United States.

Vicente Carrillo Fuentes, 51, was apprehended in the northeastern city of Torreón on Oct. 9, according to the Office of the Attorney General of Mexico. This is the country’s second major capture of October, following the arrest of Héctor Beltrán Leyva on Oct. 1.

Carrillo Fuentes, who was on OCCRP’s list of the world’s most wanted criminals, was captured at a checkpoint in the neighborhood of Nueva San Isidro set up after police identified several homes and a vehicle he had been using. He showed a driver’s license with the name “Jorge Sánchez Mejía” but admitted his real identity when discovered. 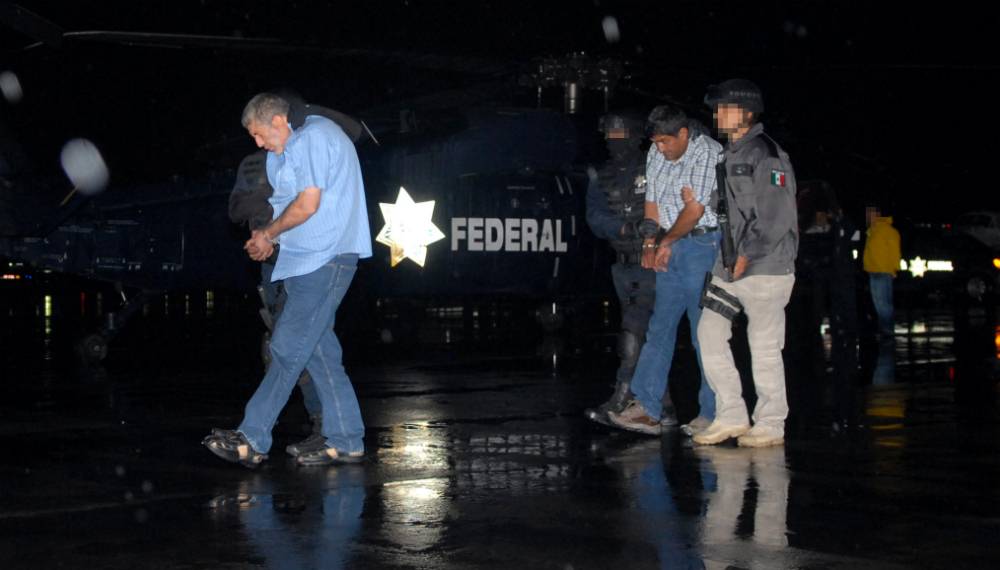 No shots were fired, although police confiscated a rifle and a handgun. Jesús Dimas Contreras Sánchez, an escort, was also arrested.

Vicente “The Viceroy” Carrillo Fuentes rose to the top position in the Juárez cartel in 1997 following the death of his more flamboyant brother, Amado Carrillo Fuentes. Amado, the cartel’s founder, was known as the “Lord of the Skies” for using Boeing 727 jets to transport cocaine, and died while undergoing plastic surgery intended to hide his identity.

Vicente was a key figure in a brutal war between the Juárez and Sinaloa cartels over control of one of the main Mexico-US cocaine trafficking routes that embroiled Ciudad Juárez in bloodshed. InSight Crime reports that there were more than 3,000 murders in the city in 2010, compared to about 300 in 2006.

The two cartels fell out after Carrillo Fuentes’s brother Rodolfo Carrillo Fuentes supposedly killed a Sinaloa Cartel member in 2004, according to InSight Crime. Rodolfo and his wife were killed in September 2004 as they left a movie theater. Violence between the two groups continued in a slow back-and-forth before Sinaloa head Joaquin "El Chapo" Guzman Loera escalated the clash in 2008.

Carrillo Fuentes commanded a unit of corrupt police and ex-police known as La Línea, who, along with the Mexican-American prison gang Barrio Azteca, formed the most violent wing of his forces. However, federal forces heavily targeted Juárez associates, and were rumored to either be receiving information from Sinaloa or working alongside the cartel, InSight Crime reports.

Today Ciudad Juárez is quieter, homicides have fallen since 2011, and Carrillo Fuentes is past the peak of his power. “By 2012, it was clear his forces had lost, and he went into exile,” InSight Crime’s Steven S. Dudley told The New York Times. “Some thought he was even retired.”

However, a has-been drug lord is still a good catch for the authorities when fighting accusations of human rights violations, especially one as elusive as Carrillo Fuentes. “The Mexican federal government is in desperate need of this kind of success, in order to neutralize the effects of all the attention to what happened in Guerrero,” Raúl Benítez Manaut, a researcher at the National Autonomous University in Mexico City, told The New York Times, referring to the state where police handed student protestors over to cartels and a mass grave containing 28 bodies was recently found.

In a clip of an interrogation that has been released, Carrillo Fuentes says that he never killed anyone or ordered anyone's death.

Carrillo Fuentes’s younger brother Alberto "Ugly Betty" Carrillo Fuentes was captured in September 2013, and Guzman Loera, their rival from the Sinaloa Cartel, was apprehended in February 2014.

Carrillo Fuentes was sanctioned by the United States under the Kingpin Act in June 2000. Two months later, he was indicted on 46 counts, including criminal enterprise, drug trafficking, money laundering, tampering with a witness and murder, in the Western District of Texas, according to the FBI.

He was subsequently indicted on five counts in July 2009 in the Eastern District of New York for allegedly working with Colombia’s Norte del Valle Cartel and the United Self-Defense Forces of Colombia, a paramilitary group. The FBI offered a reward of up to US$ 5 million for his arrest, while the Attorney General of Mexico offered US$ 2.2 million.