Former chess world champion Garry Kasparov has lost his bid to become president of the World Chess Federation after a contentious election that involved President Vladimir Putin and allegations of bribes and corruption.

Members of the federation, also known as FIDE, voted 110-61 in favor of incumbent president Kirsan Ilyumzhinov at FIDE’s general assembly in Norway. Ilyumzhinov, a native of Kalmykia, a Russian republic notable as the only Buddhist region in Europe, has been president of FIDE since 1995 and was also Kalmykia’s president from 1993 to 2010. 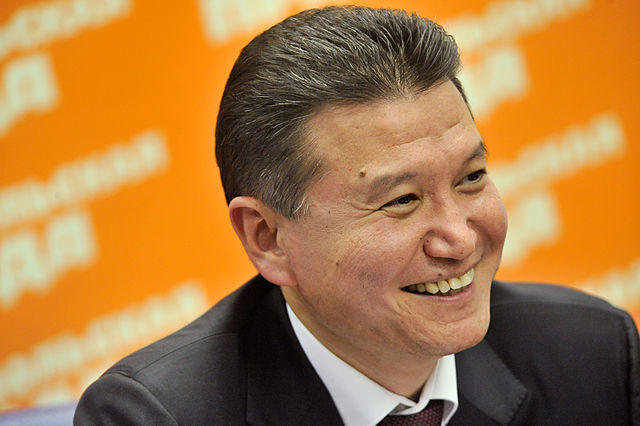 In a statement issued through a spokesman, Ilyumzhinov told The New York Times, “We have big differences with my opponent: I believe that chess should be clear of politics, while he thinks that they are a political tool.”

Kasparov is a vocal Putin critic, and Russian embassies in many countries contacted chess officials to campaign for Ilyumzhinov, according to The New York Times.

Allegations of bribery and corruption were made against both sides. A contract was revealed in which Kasparov agreed to pay Ignatius Leong, FIDE’s general secretary, to campaign on his behalf. The contract stipulated that Leong would be paid $500,000 and another $500,000 would be donated to a chess academy Leong founded. If Kasparov won,further donations would follow and a FIDE office would be established in Singapore with Leong paid to run it.

In an open letter posted on Kasparov’s campaign website, Leong defended his actions, saying the contract was made for the sake of transparency and to bring development funds to his region. Leong also claimed he was later offered $1 million to support Ilyumzhinov.

Another contract, revealed by Chess.com, names Ilyumzhinov as the majority owner of Agon, the company that holds rights to organize World Championship chess events. Andrew Paulson, Agon’s founder, and spokespersons for Ilyumzhinov acknowledged the contract’s validity but claimed it was an “early draft” of the agreement between FIDE and Agon.

During his presidencies of Kalmykia and FIDE, Ilyumzhinov has attracted controversy for his claims of being abducted by aliens, publicly appearing with Muammar Gaddafi shortly before he was overthrown in the Libyan civil war, and the 1998 murder of journalist Larisa Yudina, who accused him of corruption. When asked about Sergey Vaskin, a former aide and one of two men convicted of Yudina’s murder, he told The New York Times, “There were 1,000 people on my staff. He was one of the members who worked in my administration … You have the staff of The New York Times. Tomorrow one of your staff kills somebody. That does not mean that the editor ordered this.”