Two members of parliament have resigned after admitting to the Independent Commission Against Corruption (ICAC) that they accepted prohibited political donations from the same prominent Newcastle developer.

Newcastle MP Tim Owen and Charlestown MP Andrew Cornwell accepted USD $10,000 each from Newcastle Lord Mayor Jeff McCloy. They were suspended from parliament during the inquiry, but Premier Mike Baird told them to resign after their admissions, reports The Daily Telegraph. 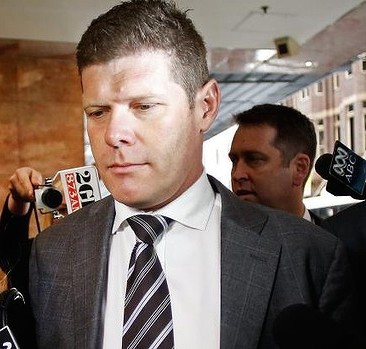 The ICAC overheard a conversation between Cornwell and his wife about the money from McCloy. Cornwell then admitted to the commission that he received USD $10,000 in a brown bag from McCloy in the lead-up to the 2011 election, even though developer donations were banned. He also admitted to receiving another payment in the same amount from a different developer via a sham sale of a Rex Newell painting, which he used to pay his payroll tax bill, reports The Guardian.

McCloy's barrister Ian Faulkner asked Owen whether he informed McCloy about the ICAC's findings on Cornwell; Owen's response: "I can't recall if I did or I didn't."

Owen later admitted that he lied, after which he told the commission that he and McCloy agreed they would both say that McCloy gave Owen USD $2,000 and that Owen subsequently gave the money back, refusing to accept it. The agreement was meant to hide from the ICAC USD $10,000 that Owen did accept.

Owen claimed that though he agreed to lie at the time in order to ensure he and McCloy wouldn't get into trouble, when it came to it, he couldn't do it.

Baird has announced that elections will be held for the vacant parliamentary seats.