Yanukovych has challenged the sanctions in both the European Court of Human Rights (ECHR) and in the European Court of Justice (ECJ), according to European Voice. Yanukovych’s appeal to the ECJ claims that they were levied when he was charged with no crimes in Ukraine, without “a full statement of reasons”, and with “no concrete evidence.” 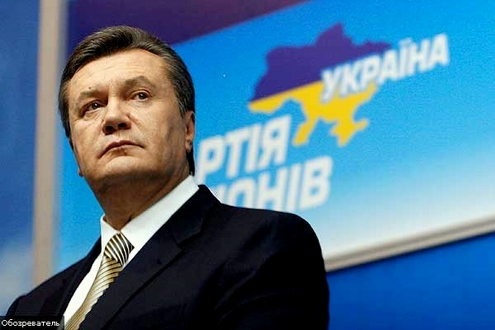 The sanctions froze Yanukovych’s assets in the EU, banned him from entering and called him a “person subject to criminal proceedings in Ukraine to investigate crimes in connection with the embezzlement of Ukrainian state funds and their illegal transfer outside Ukraine,” European Voice reports.

Yanukovych, along with his two sons, Oleksandr and Viktor, and Serhiy Kurchenko, a young billionaire with close ties to the family, also petitioned the ECHR to cancel the sanctions, alleging that they  were designed to punish the Yanukovyches  for pushing Ukraine away from the EU, Radio Free Europe reports. Yanukovych further claimed that freezing his EU assets would violate the EU Charter of Fundamental Rights’ protection of ownership rights.

Oleksandr Yanukovych and Kurchenko have both also challenged their sanctions in the ECJ, as have former Ukrainian Prime Minister Mykola Azarov and Yanukovych aide Andriy Portnov, reports European Voice.

The EU is one of several entities to have levied sanctions against Yanukovych, including the US and Canada. Most recently, he was one of 40 individuals targeted by sanctions announced by the Japanese government Tuesday, The Japan Times reports.