The president of Bosnia and Herzegovina’s Serb-controlled section, the Republika Srpska (RS) has called the chief US diplomat in Bosnia a “pathological liar and proven troublemaker” in response to a speech the diplomat made about corruption.

President Milorad Dodik also said US charge d'affaires Nicholas Hill "significantly contributed to bring about an escalation of conflicts in the former Yugoslavia," B92 reports. 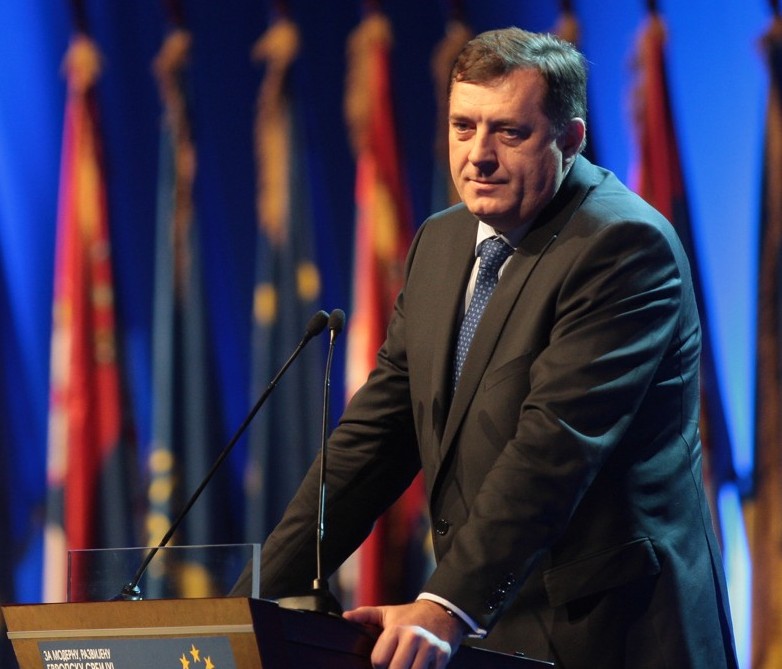 During a recent commencement address at the American University in Tuzla, Bosnia and Herzegovina, Hill accused politicians, including Dodik, of corruption. “There is seething dissatisfaction in Republika Srpska aimed at the endemic corruption of the leader of the entity, the cronyism, the deals that enrich family members, the stories about luxurious real estate holdings in Belgrade or Cyprus ... and rather than address the issues at hand, the RS leader changes the subject.”

Dodik called the story about his property in Cyprus “a complete lie” that had been planted 10 years ago by opponents in a rival party.

Hill’s address also criticized Dodik’s recent refusal to support changes to the state criminal code to enforce a money laundering bill. Dodik said it would infringe on RS sovereignty. Since the end of the Bosnian war in 1995 the country has been mostly split into two sections that uneasily coexist. Dodik has resisted all international attempts to blend into a real union with the mostly Muslim and Croat Federation of BiH.