Graft has been blamed for an April 2013 building collapse in Bangladesh that killed more than 1,130 people.

The Bangladesh Anti-Corruption Commission (ACC) filed charges yesterday against 18 people for breaching regulations in the construction of Rana Plaza. Its collapse has been described as one of the world’s worst industrial accidents. 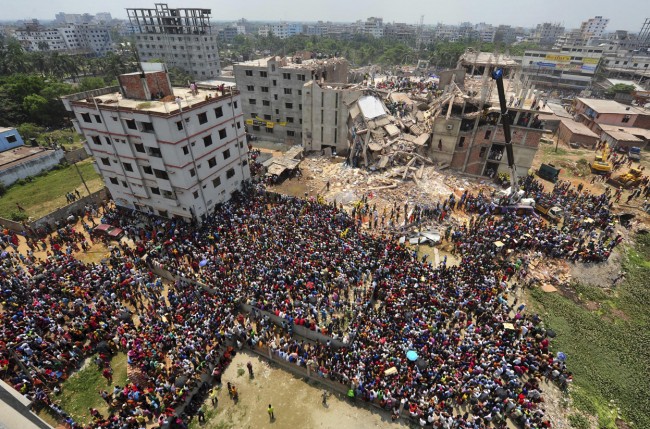 The plaza was reportedly built on swampy ground not fit for such a large building. Safety shortcuts, along with low labor costs, make Bangladesh among the cheapest of places to build and make large profits. Investigations found that the building owner, Mohammed Sohel Rana, a former ruling party official, was involved.

Documents on ownership of the land and the building design approval list only his parents as the sole owners, so he was not at first identified in the investigation of the collapse. As the ACC dug deeper Rana was found to be one of the people responsible for the construction approval and proceedings, reports Reuters.

Police say that Rana forced thousands to keep working despite the appearance of large cracks in the factory walls. Investigations have found the building code was severely breached, reports the Gulf Times.

Arrested after a four-day hunt shortly after the collapse, Rana was allegedly trying to escape across the border into India. He is now being detained.