Ray Nagin, New Orleans mayor from 2002 to 2010, before, during, and after Hurricane Katrina, has been sentenced to 10 years in federal prison on corruption charges. He might have gotten 15½ years, but US District Judge Helen G. Berrigan gave him a break because she saw him as a devoted family man and at times a good mayor.

Nagin had been convicted of 20 crimes during his tenure, including bribery, conspiracy, wire fraud, money laundering, and filing false tax returns. 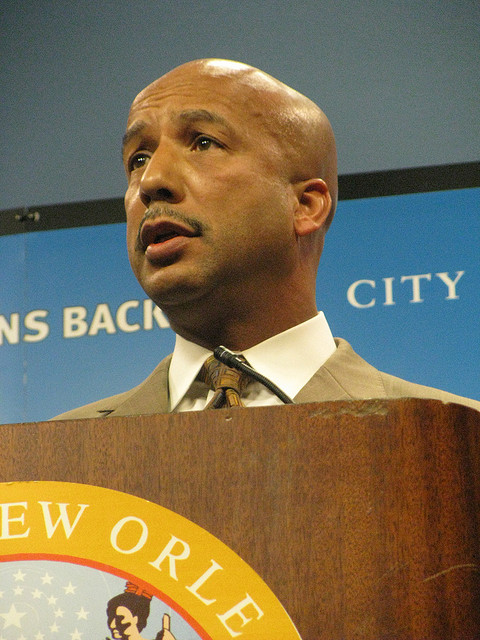 The Wall Street Journal reports that during the trial, the prosecution presented testimony from contractors, city officials, and investigators who gave detailed accounts of alleged payoffs involving Nagin’s granite-countertop business, Stone Age LLC. Mathew Coman, an assistant US attorney, said at the sentencing that Nagin’s crimes were “incalculable” and that the sentence should have been more severe.

According to Aljazeera America, Nagin and his family have continued to argue his innocence. But evidence showed that he took hundreds of thousands of dollars from businessmen hoping to gain his support for different projects. Nagin took not just money but free vacation trips and truckloads of free granite for his company, amounting to nearly half a million dollars.

Nagin told the people of New Orleans during the 2006 election, that he would work to restore New Orleans post Katrina and he made  many emotional appeals to the US for aid. Citizens felt betrayed that he abused his position of power for personal gain, , reports WSJ.

Before his sentencing Wednesday, Nagin spoke with shaky hands, not offering an apology or admittance, but rather saying, “I trust that God’s going to work all this out,” reports the Washington Post.