Three officials linked to Zhou Yongkang, a former member of the Politburo Standing Committee (PSC), were ousted Wednesday from the ruling Communist Party for corruption.

According to the China Post, this is a sign that members of the PSC, a seven-person committee made up of the heads of the Chinese Communist Party, are no longer “untouchable even after retirement.” 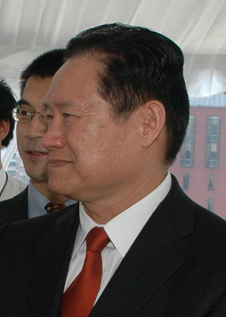 Those expelled were Ji Wenlin, a former vice governor and secretary to Zhou; Yu Gang, former vice director of the office of the Central Politics and Law Commission; and Tan Hong, a former senior staff member of the Ministry of Public Security.

The Chinese Communist Party’s watchdog, the Central Commission for Discipline and Inspection (CCDI), says the men accepted bribes. Yu and Ji were also accused of adultery, considered a violation of party rules.

The actions of the CCDI—which is Communist Party’s internal organ set up to root out corruption in the party—have been called unprecedented by Chinese media outlets.

According to the Washington Post, the CCDI is “most feared agency in China for members of the Communist Party."

“Even those who believe that the anti-­corruption campaign’s real goal is to benefit Xi and strengthen the party’s image—not to clean up government—acknowledge it has reached further than any other in modern history,” says the Post.

More than 480 officials have been punished for corruption since November 2012 reports the International Business Times.