BiH: More Than 30 People Arrested in Biggest Crackdown on Corruption

At least 30 people have been arrested in one of the largest government crackdowns ever on organized crime, money laundering, customs and tax evasion, and abuse of authority, the Prosecutor’s Office of Bosnia-Herzegovina (BiH) confirms.

Operation “Pandora” is the result of several years of investigation. It was ordered by the Prosecutor’s office and carried out by SIPA.

Police officials could not immediately come up with a bigger operation than Pandora, but said it was part of a continued effort against financial crime and corruption. 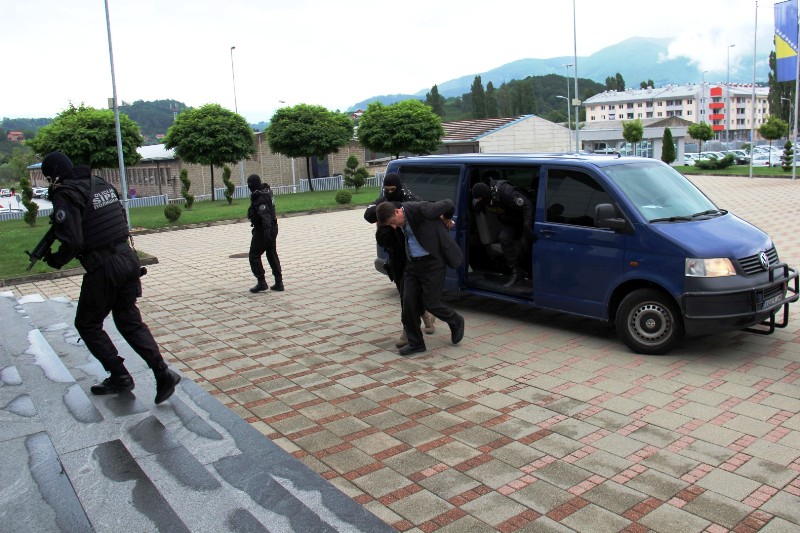 Arrest of Officials During Operation Pandora

More than 300 officers were involved in Pandora in more than 40 cities.  In addition to those arrested yesterday, prosecutors said another 24 suspects are under surveillance.

Many current and former employees and heads of customs offices were arrested, including the former director of the Bosnian Indirect Taxation Authority (UIO) Kemal Causevic, Assistant Director of UIO Zdravko Cvjetinovic, and the head of the customs office in Sarajevo Alija Masic.

The director of the BiH tax office Miro Dzakula spoke at a press conference after the arrests and said that “Bosnia-Herzegovina lost more than US $1 billion from 2006 to 2011 due to illegal actions by employees of the tax office,” the news portal Buka reported.

Dzakula said that those arrested were importing textiles, motor vehicles and other goods without payment of duties. He pointed out that the state budget lost nearly US $2.5 million in 2010 at customs clearance of textiles mostly from China. Investigation is still underway to determine exactly how much money the state budget lost in the custom clearance of motor vehicles.

President of the Trade Union of the B&H Tax Office Mehmedalija Osmic told Buka that the arrests are a victory for BiH.

In 2008, Osmic pointed out the illegal activities of the Tax Office and its then director Kemal Causevic.

“We expect that Causevic will be prosecuted for everything that he has done and not done during his mandate. I want to point out that many of those who were arrested today had mentors. They did it together with their bosses and people in politics.”

The Center for Investigative Reporting in Sarajevo (CIN) reported in April 2013 that Causevic bought nine apartments and commercial space and 20 acres in seven years, expenses that did not seem supportable on his income.