More than 200 officers were involved in the raids, which lead to the seizure of two homes, two bank accounts, more than US$ 1 million, 14 automatic weapons, explosives, and 338 kilograms of cocaine reports the Montreal Gazette. 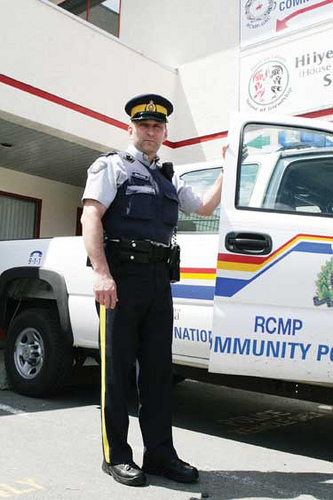 The operation began in 2010, reports Global News, after two new cells rose to fill a power vacuum dating from 2006.

According to police, violence increased in Montreal following the three-year “Colisée” operation, which ended in 2006 with a series of raids and the arrests of 90 alleged bosses—including alleged godfather Nicolo Rizzuto.

Royal Canadian Mounted Police superintendent Michel Arcand told the Montreal Gazette that the two new cells were not exactly rivals, but did create instability in the region because of their fighting.

They were caught because of police analysis of more than one million intercepted Blackberry messages. Arcand told the Montreal Gazette, “This was the most important interception of its kind in North America.”

The cells are allegedly linked to brothers Antonio and Roberto Bastone, and Giuseppe De Vito, who died in prison last year.

Three suspects are still at large.

The majority of the indictments involve crimes that allegedly occurred in 2011. Some of the accused co-conspirators are dead or already in jail.