Custom officials in the port city of Bar have seized 250 kilograms of cocaine shipped from Ecuador. This is the largest drug bust in Montenegrin history, according to the Montenegro Customs Administration.

The Customs Administration reports that the drugs were hidden in a shipment of bananas. 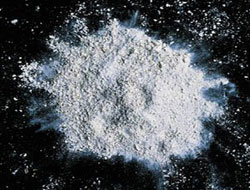 Officials said that they became suspicious during a routine inspection, in which they found that the floor of the shipping container had been altered.

A video clip of the drug bust shows officials prying open the floor to reveal small packages underneath.

The director of customs, Vladan Joković, said that 223 packages were found and the estimated value is more than US $17 million, reports Vijesti.

Joković said that the container was sent by the company "Vimticorp S.A" from Ecuador and was en route to a company in Albania called Rrapo, said the Montenegro Customs Administration.

According to the official registry of Albania, Rrapo was registered in March 2013 by Nazike Rrapij. The company was set up to import fruits.