Mayor of Venice Giorgio Orsoni is one of 35 people who have been arrested and charged with corruption and bribery over Venice’s flood-protection system project called MOSE, reports Gazzetta del Sud.

BBC reports that the investigation centers on allegations that US $27 million of public funds were diverted from the project into bank accounts to finance political parties. 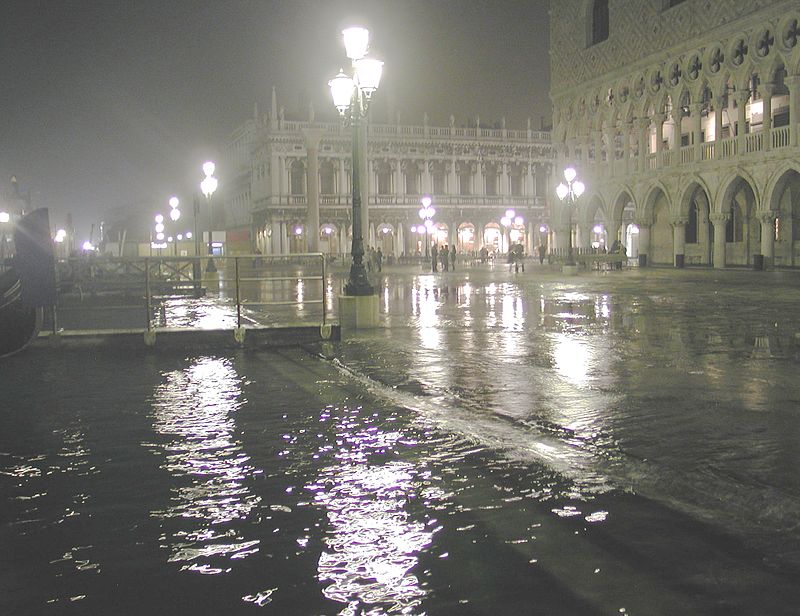 The MOdulo Sperimentale Elettromeccanico (MOSE) is a project to protect Venice and the Venetian Lagoon, the city’s enclosed bay, from flooding. It is an integrated system of rows of movable flood barriers at three inlets. Normally underwater, the barriers can be  raised above the surface to protect the lagoon from Adriatic Sea tides of up to three meters.

The Local reports that 78 barriers are to be built in an area of 20 kilometers.

Venice is hit by floods every year, so a flood protection system is crucial in minimizing the impact of high tides. The Local reports that since sea levels are rising, the city is becoming more susceptible to floods.

Construction began in 2003, but there have been numerous delays in funding. ABC reports that the first underwater barriers were installed last year.

According to the BBC, prosecutors requested the arrest of Giancarlo Galan, a member of Silvio Berlusconi’s center-right Forza Italia political party and former governor of the Venice region from 1995 to 2010.

The Local reports that the Parliament would have to vote in order to authorize the arrest of Galan, who has immunity as a member of Parliament.

Galan launched this project with former Prime Minister Silvio Berlusconi in 2003. It has cost around US $7.35 billion and was scheduled to be completed this year.

The arrests today are the culmination of a three-year investigation. According to the Local, among the first to be arrested last summer were Piergiorgio Baita, former CEO of the construction group Mantovani, and Giovanni Mazzacurati, chief engineer of MOSE.

The Local reports that Baita allegedly rerouted money into overseas accounts. After the money arrived in San Marino, William Colombelli allegedly laundered it through his finance company, BMC.