A Chinese official at the country’s main anti-corruption agency is being investigated for “serious” corruption, reports Reuters.

Cao Lixin, an inspector at the Central Commission for Discipline Inspection (CCDI), is suspected of corruption and bribery. He is a senior official at the agency.

The CCDI released the information yesterday on its website, but did not provide further details. 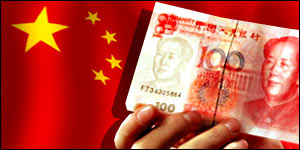 The investigation is part of a string of tougher efforts by an anti-graft campaign to root out official corruption, which was launched by the President of the People’s Republic of China Xi Jinping since he took office in November 2012.

In the first three months of 2014, there have been a total of 8,222 investigations. This is a 24 percent increase when compared with the same period last year, reports the Chicago Tribune.