Since March 5, Indian election officials have seized US$ 36 million, 2.7 million liters of alcohol, and 100 kilograms of heroin intended to buy votes for the ongoing 2014 election.

Despite heavy penalties from the election commission, buying votes is “an age-old trick across the country,” reports the GlobalPost. Bribe money is concealed in cars, planes, and ambulances, and alcohol is transported in water tanks to avoid detection.

This month’s elections are “the same grubby game of cash-for-votes that has marred previous ballots in the world's largest democracy, only this time on a far bigger scale,” reports Reuters.

At New Delhi’s Vivekanand International Foundation, fellow K. G. Suresh told GlobalPost that since nearly 70 percent of people in India live on less than US$ 2 a day, it is easy to entice them with bribes.

According to Reuters, the legal spending limit for each parliamentary seat is 7 million rupees (US$ 116,200).

However, a substantial sum will be funneled underground, as politicians and their parties—who are not required to report their funding sources—are expected to spend an estimated US$ 5 billion by the end of the election. 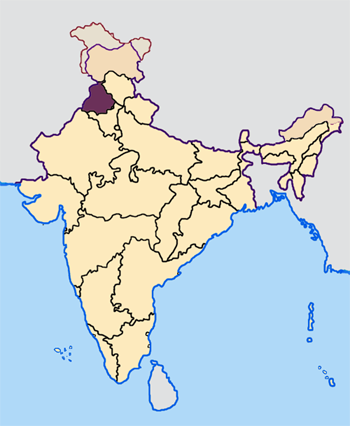 Reuters reports that spending level would make the current election second only to the US$ 6 billion spent in the last US Presidential election.

At political rallies some politicians dole out free food, cash, coupons for alcohol, and, in the Punjab region of India, small balls of opium paste. Critics say the narcotic bribes in Punjab are worsening an already problematic drug abuse and trafficking problem.

While handing out cash and liquor is not legal, some legitimate election “freebies” are allowed by the state.

Jayalalithaa Jayaram, the chief minister of the state of Tamil Nadu, gave out sewing machines, spice mixers, and gold after her party won state elections in 2011, reports the GlobalPost.

In the 2012 state polls, the Samajwadi Party enjoyed a resounding victory in the battleground Uttar Pradesh state, after it promised to give out free laptops for high school students.

Government official Radhe Shyam Lal told the GlobalPost, "It was a master stroke from the party. Many students had never even held a laptop before, forget being able to buy one.”

As many as 814 million people will be casting their votes in India’s staggered elections, which began on April 7 and will end May 12.