On April 4, Italian police arrested 26 suspects for being involved in a Mafia-style sex trafficking ring in Italy led by Romanian nationals. 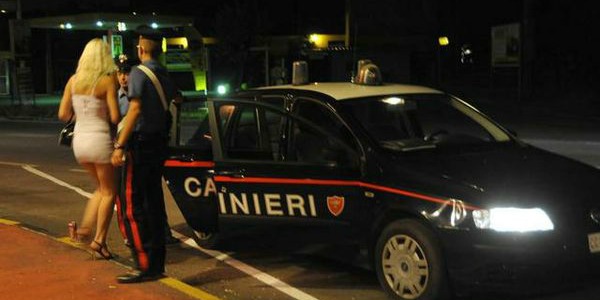 According to police, more than 100 women were victims of the gang. Some of the women from Romania were taken from small countryside towns, where “suspects used psychological pressure to recruit and take the girls to Italy," said Carabinieri Captain Sergio Agostini.

Agostini added that 44 suspects are being investigated, each of whom had two or three women working for him. The women reportedly made around US$ 200 a day, bringing in millions of dollars a year for the group.

The bust was dubbed operation “Casa Transilvania” after the name of the restaurant used as a headquarters by the criminal syndicate.

It exposed “the violent ways used by the criminal group to enforce itself in and around the city of Ascoli and the nearby nine kilometer Adriatic coastal road, and a modus operandi characterized by high professionalism,” authorities said.

Carabinieri believe Romanian nationals Paul Sergiu Hosu and Vasile Bratu were at the top of the pyramidal structure of the criminal group before a conflict between them caused it to split into two.

The gang counted on affiliates in Romania to recruit victims and provide reinforcements in case of argument with rivals in Italy--particularly Albanian organized crime groups, the Carabinieri said.

According to the Carabinieri, Romanians ran the group and profits were transferred to Romania via Western Union. Branches of the gang were also operating in Belgium and Romania, where local police forces arrested 10 suspects.

The Carabinieri also uncovered the gang’s parallel “systemic and professional theft” in supermarket chains, post offices, casinos, and shops.” They are believed to have learned US$ 689,000 from the thefts.

Thefts occurred in the regions of Tuscany, Lombardy and Veneto, far from the group's prostitution rings, in order avoid drawing “the attention of authorities to the territory where the prostitution ring operated,” Carabinieri reported.

The loot would then be transferred to Romania by car.

According to the daily newspaper Il Resto del Carlino, the bust dismantled the biggest Romanian crime group in Italy.