In an effort to improve its public image and flagging membership, the largest organized crime syndicate in Japan, the Yakuza’s Yamaguchi-gumi group, has launched its own website.

Complete with an anti-drug message and a sprightly corporate song, the website does not look like it is affiliated with organized crime.

However, between the pictures of cherry blossoms and religious temples there is glorification of the Yamaguchi-gumi, which is, according to RT, based in Western Japan and involved in activities ranging from extortion and white collar crime to prostitution.

The website greets viewers with the line “Banish Drugs and Purify the Nation League,” preaching an anti-drug message which honors the Yamaguchi-gumi’s former leader Kazuo Taoka, who launched an anti-amphetamine campaign in 1963 . 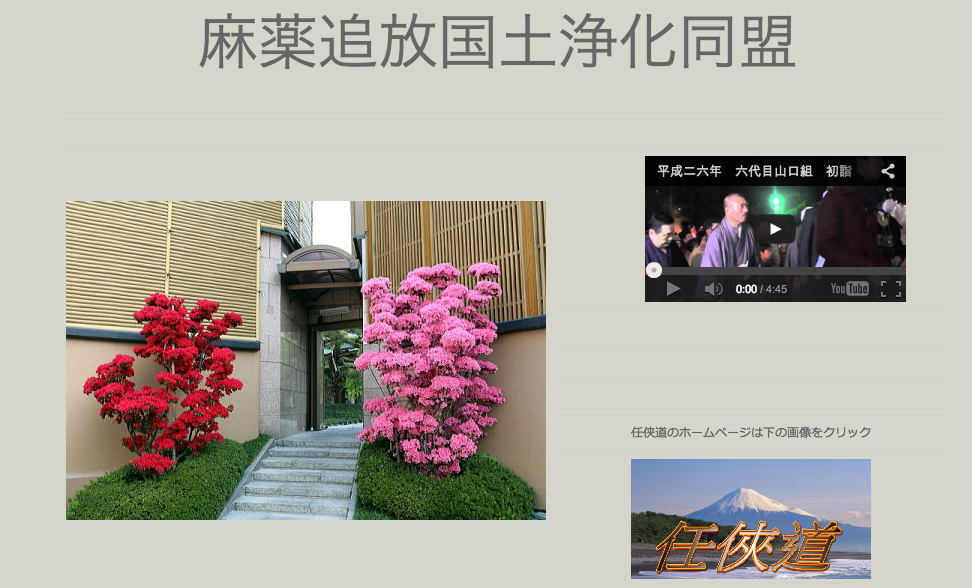 According to a quote from American journalist Jake Adelstein, the website is a way for the group to combat the view that they are “anti-social forces” by showing them giving back to the community, reports RT.

That lifestyle appears to be going out of style.

From 1992 to 2010, there were about 80,000 Yakuza members, reports the RT. However, due to a police crackdown and harsher laws, membership has dropped.

According to the Independent, this may be because of Yakuza-exclusion laws, which were introduced two years ago, and mandate that businesses confirm that they are not knowingly working with members of organized crime.

This is not necessarily difficult to do.

Though the Japanese Yakuza are one of the most feared criminal groups in the world, they are not particularly secretive.  Members have business cards, offices, and even tabloids and fan magazines.

The recently launched Yamaguchi-gumi website has, for example, video clips and pictures which, according to the Independent, show “hardened gangsters pounding sticky rice for a New Year festival, visiting Shinto shrines and acting as good Samaritans after the earthquake that devastated Kobe.”

Experts say this public showcase is not surprising.

David E. Kaplan, co-author of Yakuza: Japan's Criminal Underworld, says that crime syndicates in Japan have a much more public profile than the ones in the West.

“Japanese law enforcement's strategy is one of containment, not eradication, and there may be lessons there for police elsewhere. As one Japanese executive explained to me, ‘If we get rid of the Yakuza, where will the criminals go?’” he said.