Guatemalan ex-president Alfonso Portillo admitted Tuesday in US District Court in Manhattan that he accepted a bribe of US$ 2.5 million from Taiwan in exchange for his diplomatic recognition of the Asian country. 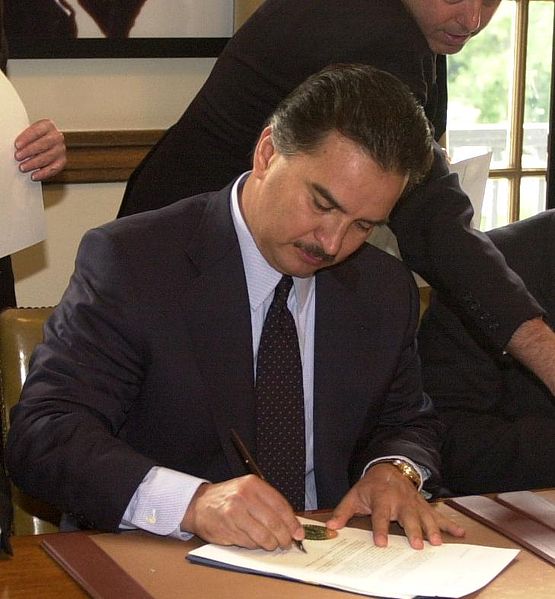 Portillo, 62, served in office from 2000 to 2004 and was extradited to the United States last May after Guatemalan courts exonerated him from charges of illicit enrichment.

“I knew that what I was doing was wrong and I apologize from my crimes, assume responsibility for them and accept the consequences of my actions,” he said in court. His sentencing is scheduled for June 23.

Reuters reports that US prosecutors first accused Portillo in 2010 of laundering tens of millions of dollars, which he embezzled from the government and funneled through American banks, including the bribe money from the Taiwanese embassy.

Portillo said that he received five US $500,000 checks from Taiwan from 1999, just before he became president, until 2002. He transferred the money to American bank accounts in Washington and Miami to hide the source.

Only 22 countries maintain diplomatic relationships with Taiwan including Paraguay, Panama, Nicaragua, Belize and the Vatican.

Under the plea agreement, Portillo faces four to six years in prison under federal guidelines. He has already served more than four years, his lawyer David Rosenfield said in court, adding that he hopes that time will count against his sentence.