A United Nations report issued Tuesday claims that North Korea has come up with some creative ways to evade international sanctions, from illegally trading weapons through its embassies to using offshore financial structures to buy luxury goods. 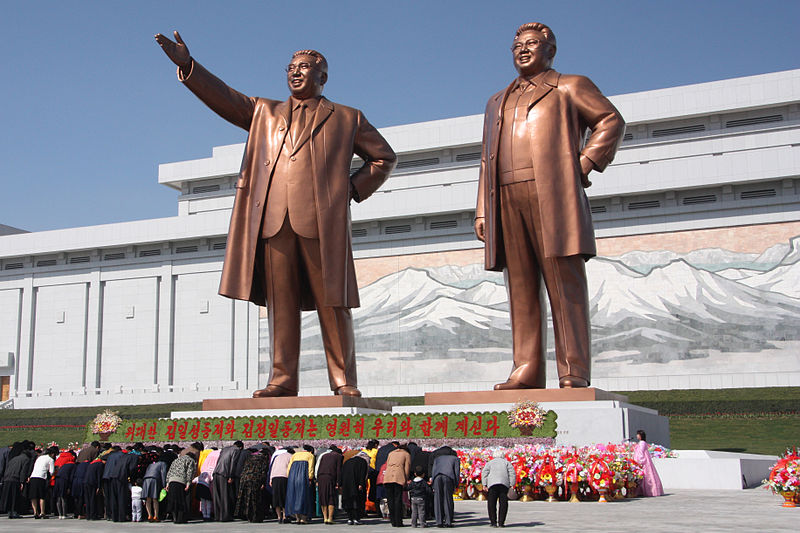 North Koreans bowing to the statues of Kim Il-sung and Kim Jong-il
Eight UN experts compiled the 127-page report as part of the United Nations Security Council’s annual check on how well the reclusive nation is complying with sanctions imposed over the country’s banned nuclear weapons program and missile testing.

The Security Council approved new sanctions in 2007 against North Korea for its underground nuclear testing. The sanctions impose penalties on North Korean banking, travel and trade.

The country is banned from trading cargo related to its nuclear and missile programs, as well as from importing some luxury goods and transferring bulk cash.

A summary of the 127-page report cited by Reuters says that in an incident last year, North Korean embassies in Cuba and Singapore had allegedly organized a shipment of Soviet-era arms, including fighter jets and missile parts.

The Chong Chon Gang, a North Korean ship was seized in Panama last July. In the ship, hidden under tons of sugar, were two MiG-21 fighter jets and other arms, apparently headed for North Korea.

After the seizure, Cuba claimed that it was sending the weapons to be repaired in North Korea and then returned to Cuba.

The report also says North Korea is using techniques “pioneered by drug-trafficking organizations" to make it hard to trace its purchases of prohibited goods by setting up shell companies in multiple overseas jurisdictions.