Guatemala: Extradition of Drug Lord “El Patriarca” to US Approved

Guatemalan President Otto Perez has approved the extradition to the United States of Waldemar Lorenzana, alias “El Patriarca” (The Patriarch), who was arrested in 2011 on drug trafficking charges.

Police say he is the boss of the Guatemalan cartel Los Lorenzana, believed to have ties with the Mexican Sinaloa cartel. Sinaloa’s leader, Joaquin “El Chapo” (Shorty) Guzman, was recently captured.

Judge Saul Alvarez told the press that Lorenzana, 72, will be extradited for trafficking drugs into the United States.

The New Herald Latin America reports that Lorenzana’s extradition was ratified by the court in August 2012, but was stalled pending the president’s approval.

The judge explained that now the Guatemalan Foreign Ministry and the U.S. Embassy in the country must coordinate logistics to complete the transfer. 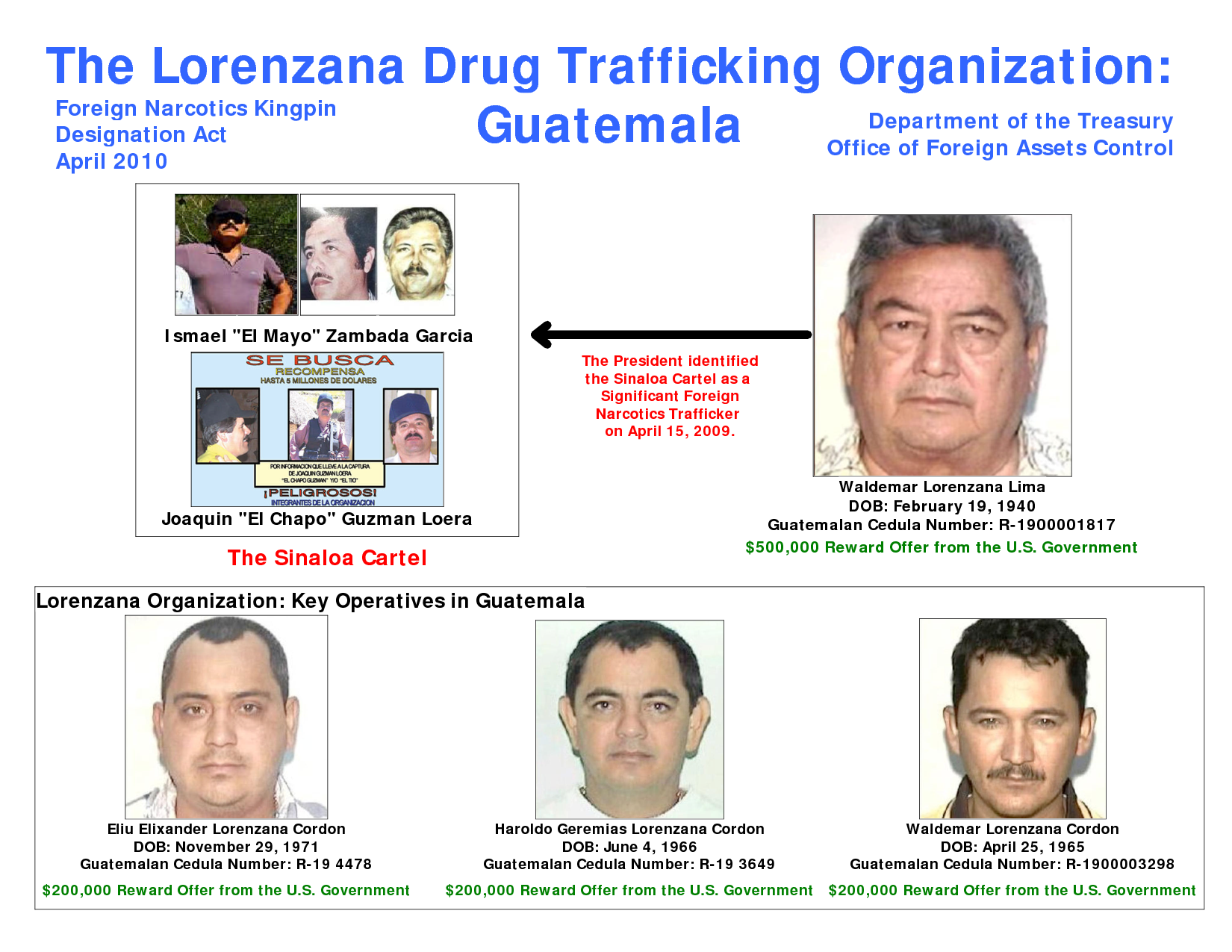 Photo from the DEA

“Los Lorenzana” is a family operated cartel in eastern Guatemala. According to the authorities, it has established a network of companies and people to receive cocaine from Colombia and send it to the United States.

Eliu Lorenzana and Waldemar (“Junior”) Lorenzana, the Patriarch’s sons, are in prison in Guatemala, also awaiting extradition. Haroldo, another of his sons, is wanted by the authorities but remains at large.

Guatemala is the final stage of a common Central American drug trafficking route that runs from the South American regions to the U.S. market.

Experts believe that 90 percent of the cocaine consumed in the United States circulates through Central America.