Hairstylist-turned-businessman Carson Yeung, 54, was convicted on Monday after a 50-day trial and faces up to seven years in prison for laundering nearly US$100 million from casinos and gang members. 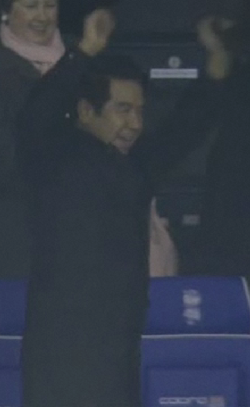 Yeung is the chairman and executive director of Birmingham International Holdings, an investment, entertainment and sportswear company through which he owns the English football club Birmingham City F.C.

The son of a Kowloon vegetable stall proprietor, Yeung was a hairstylist in Hong Kong during the 1980s before he began amassing a huge fortune that he has said to be the product of his hair salon, investment and gambling.

The New York Times reports that the money laundering charges stemmed from hundreds of transactions totalling US$721 million between 2001 and 2007, involving five different bank accounts. Three are in Yeung’s name and two in his father’s.

Prosecutors say that US$62 million in checks from Macau casino operator Sociedade de Jogos de Macau, or S.J.M., were deposited into Yeung’s accounts. Yeung argued in court that the money represented his gambling winnings.

According to Reuters, the judge found it “extremely strange” that most of his business dealings did not have written agreements. “Unless, of course, those engaged in such a transaction would rather there not be records,” District Court Judge Douglas Yau said.

Moreover, the judge ruled that there were “questionable business dealings” with Cheung Chi-tai, backer of the Neptune Group (a firm that invests in the Macau casinos) and believed by the police to be a member of the Wo Hop To triad society, a Chinese criminal organization.

Yeung's conviction will have 'no impact on the day-to-day operations' at Birmingham, according to acting chairman Peter Pannu.