Protestors in Bosnia set fire to government buildings and clashed with riot police on Friday in what Reuters has called the “worst civil unrest in the country” since the 1992-1995 war.

Today marks the third day of protests in Bosnia, which began in Tuzla on Tuesday and since then have spread to the capital city of Sarajevo, as well as Banja Luka, Bihac, and Zenica, reports Balkan Insight.

More than 200 people have been injured since protests began.

According to Balkan Insight, the riots have become a “general expression of discontent about tough economic conditions.” Bosnia’s unemployment rate is almost 40 percent, the highest in the Balkans. 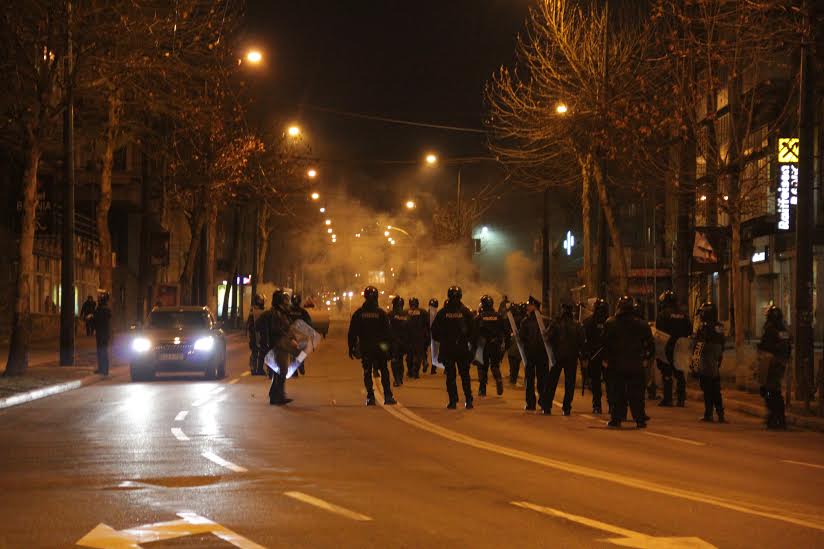 Balkan Insight quotes one protestor in Sarajevo as saying, “Enough is enough! Politicians have been drinking our blood long enough and now it is time for people to bring them down. If we shed some of their blood in the process, so be it.”

In downtown Sarajevo, several thousand protestors gathered Friday, chanting  “We want change!”  Some threw stones and firecrackers at the police, and the headquarters of the cantonal government building was set on fire.

According to Balkan Insight, police used tear gas, water cannons, and fired rubber bullets against the protestors, some of whom tried to storm the presidency building.

The protests in Bosnia began after 7,000 rioters clashed with hundreds of riot police in Tuzla, a city in northern Bosnia, following factory closures. Demonstrators threw stones and torched local government buildings.  According to Reuters, some, trapped by flames, jumped from windows.

In Zenica, protestors took to the streets chanting "thieves!" and "revolution!"

The civil unrest is “unprecedented in postwar Bosnia, where Serbs, Croats and Muslim Bosniaks have tolerated political stagnation for years rather than risk a return to conflict,” reports Reuters.

Balkan political analyst Srecko Latal said this may be the start of the “Bosnian Spring,” arguing that  “years of corruption, economic decay and in-fighting among ethno-political elites” has spurred the most violent public protests in the country since the early 90s war.