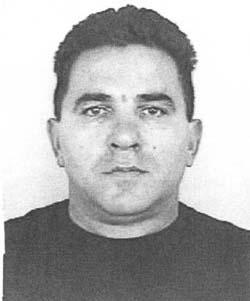 Naser Kelmendi, the notorious Balkan drug kingpin, has been arrested by authorities in Kosovo. Kosovo Police spokesman Baki Kelani told the Center for Investigative Reporting (CIN) that Kelmendi was arrested in the evening hours on May 5.

Kelmendi is wanted under an Interpol warrant issued by Bosnia and Herzegovina in relation to drug trafficking charges. He is also suspected of ordering the murder of suspected rival Ramiz “Ćelo” Delaćič. Kelmendi is currently in custody awaiting processing. Police in Kosovo told CIN that they were not at liberty to discuss Kelmendi’s possible extradition.

A second individual, Fuad Nikqi, was arrested along with Kelmendi. Nikqi is being held on charges of resisting arrest, and for aiding and abetting Kelmendi. Police searched two locations used by Kelmendi and seized evidence, including two cars, during the course of the operation.

Kelmendi, 55, an ethnic Albanian born in Kosovo, is suspected of running a lucrative organized crime syndicate involved in drug, tobacco, weapons, and human trafficking, as well as money laundering and extortion. Kelmendi was sanctioned by the United States last year under the Kingpin Act for his suspected role as a major drug trafficker into Europe via the Balkans.

Last year, a raid by the State Investigation and Protection Agency of Bosnia, scodenamed “Doll,” targeted individuals, sincluding Kelmendi, suspected of serious organized crime activities. Twenty-five individuals were arrested during the operation. Casa Grande, a restaurant and hotel in the suburbs of Sarajevo owned by Naser Kelmendi, was among the locations raided. The alleged crime boss eluded arrest at the time.

Kelmendi’s criminal activities are a family affair. Kelmendi owns multiple businesses and properties throughout the region. His sons, Elvis, Liridon, and Besnik have all had criminal charges filed against them. Elvis served time for assault, while Liridon and Naser’s brother, Bećir, were both arrested for illegal firearm possession.

Kelmendi has been either arrested or brought in for questioning before but has never been charged with serious crimes. He is known to be close to politicians and businessmen in the region including Fahrudin Radoncic, a sometime business associate who currently serves as the State Minister of Security.