The Maldives Criminal Court sentenced the archipelago state’s former president to 11 years for accepting bribes and money laundering related to the leasing of an island for resort development, and ordered him to pay a US$5 million fine. 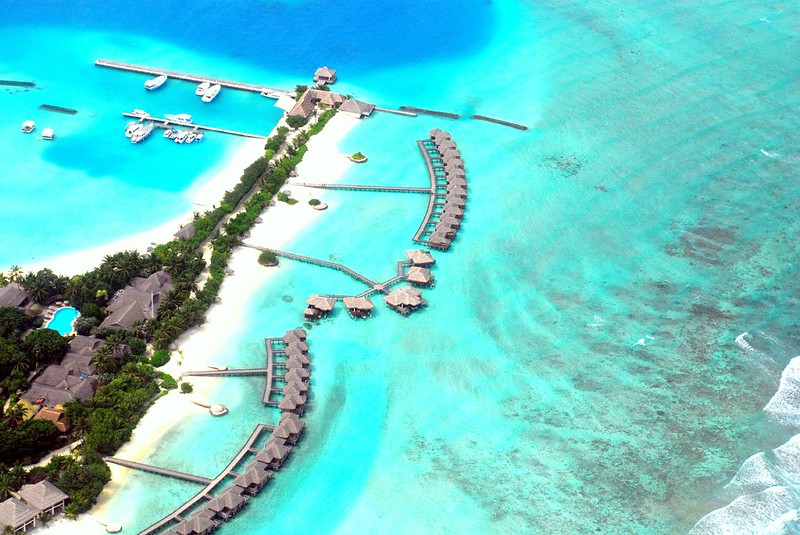 Behind the rich azul waves and white sand beaches of the Maldivian atolls are illegal leasings and bribery schemes implicating the archipelago nation’s former president Abdulla Yameen. (Photo: Nattu, Flickr, License)Abdulla Yameen was the focus of an OCCRP investigation in 2018 that revealed an audacious multi-million dollar scheme, which saw dozens of Maldivian islands leased out to developers in no-bid deals — and the money then stolen.

Yameen steered the touristic nation located in the Indian Ocean between 2013 and 2018. He has denied any wrongdoing and his lawyer said Yameen will appeal as soon as possible to the court decision, Reuters reported.

The charges implicate the leasing of the Aarah island, one of the many isolated reefs in the Vaavu atoll, for resort development; a deal during which Yameen is alleged to have pocketed $1 million. He has also been found guilty of laundering the money.

The island was sold off to a former parliamentarian named Yoosuf Naeem in September 2015, who was also sentenced last Sunday to three years for bribing the former president.

The OCCRP investigation found that Yameen was involved in the massive corruption scheme where dozens of lagoons in the Maldives were leased illegally for touristic developments; and offshore corporate secrecy made sure the identity behind many leases stayed anonymous.

The Maldivian people lost roughly $80 million in those deals.

Three years and more leaks later, OCCRP revealed that in 2015, a former deputy chief of staff for Russian leader Vladimir Putin, as well as a wealthy Russian businessman with ties to the mob, was involved in one of these leasing deals.

The investigation also revealed an Indian businessman allegedly bribed Yameen $1.1 million in exchange for the illegal lease of another island.

Yameen was sent to a prison on the Maafushi island on the day of his conviction, which has held a number of political prisoners in the past, including Yameen’s predecessor Mohammed Nasheed.

Yameen had previously been sentenced to 5 years jailtime in 2019 for embezzling $1 million in state funds. According to prosecutors, this was a tourism leasing fee which should have gone to the state, but ended up in the former president's personal bank account instead.

Yameen, widely credited for a democratic backslide and human rights infringements during his five year presidency, was freed two years later and returned to politics.

He was declared the presidential candidate for the Progressive Party of Maldives in the nation’s upcoming 2023 elections.