The South Korean government announced Tuesday that it had granted a special pardon to former President Lee Myung-bak, annulling the 15 years left on his sentence for corruption. 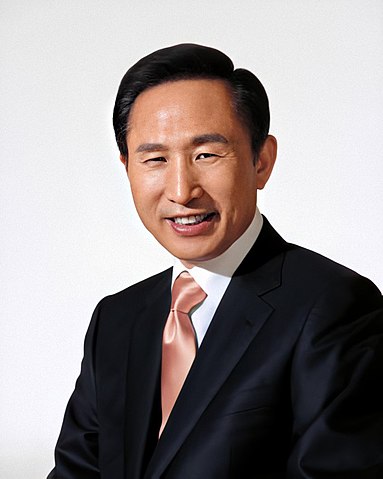 South Korean former president Lee Myung-bak was granted a special pardon by the country’s Justice Ministry, thereby annulling the remaining 15 years on his sentence. (Photo: 대한민국 국가기록원, Wikimedia, License)The country’s Justice Ministry said in an official statement that Lee would be among 1,373 people, including politicians, public officials, election offenders, and special consideration prisoners to be granted release as the year draws to a close.

Lee, 81, who was South Korea’s president from 2008 to 2013, began serving a 17-year sentence in 2018 following charges of bribery, embezzlement, and tax evasion that prosecutors said occurred during his time in office.

When the corruption scandal came to light, the former president found himself under the microscope for accepting 11 billion won (US$8.6 million) in bribes from the country’s intelligence agency, media reported.

Following his conviction in October 2018, he was ordered to pay 13 billion won ($10.2 million) in fines in addition to serving his prison sentence.

His release is part of current president Yoon Suk-yeol and his new administration’s efforts to promote national unity and development. As South Korea’s prosecutor general between 2019 and 2021, Yoon played a central role in convicting Lee for his abuses of power.

In its explanation for the abrupt releases, the Justice Ministry referred to desires to create “an atmosphere of ‘inclusiveness’” and to “unite national power” via broad national integration with the country’s future development in mind.

Prior to his pardoning, Lee was granted temporary medical leave in June due to concerns over his deteriorating health. His advanced age and poor health were cited as central reasons for his inclusion in the lengthy list of names chosen to be released.

Also cited as having received a special pardon were 66 other key public officials convicted of abusing their positions while carrying out state affairs.