Venezuela’s authorities said they arrested two men believed to be involved in the assassination of Paraguayan anti-mafia prosecutor Marcelo Pecci who was shot in May on a beach in Colombia where he was honeymooning with his new wife. 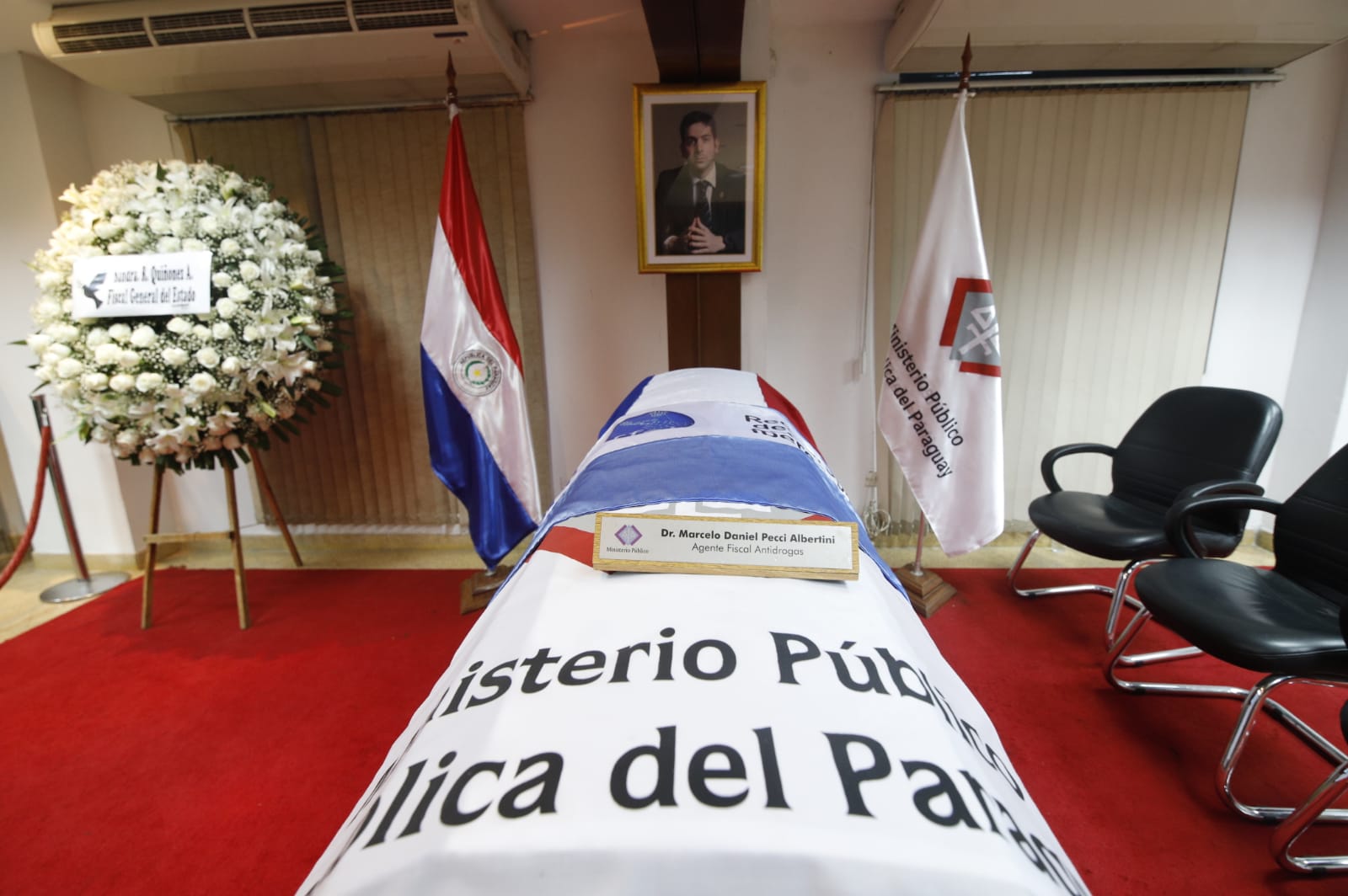 Casket with the murdered Paraguayan Prosecutor Marcelo Pecci. (Photo: Ministerio Público del Paraguay/Twitter, License)Gabriel Carlos Luis Salinas Mendoza was one of Colombia’s most wanted criminals. He allegedly drove a jet ski from which the confessed murder jumped off at the beach of a local hotel, approached Pecci and shot him in the face and in the back.

Just a few hours before the assassination, Pecci’s wife, journalist Claudia Aguilera, had posted on Instagram a photo of the couple holding a pair of baby shoes, indicating that they were expecting.

The other arrested suspect was identified by Remigio Ceballos Ichaso, Venezuela’s Minister for Interior Relations, Justice and Peace, as Carlos Javier Gómez.

The arrests are the latest major development in this case since the initial five individuals were taken into custody in Colombia in the days after the killing.

Four have already been sentenced to 23 years in prison each. Wendre Stil Scott Carrillo confessed that he pulled the trigger, Eiverson Adrián Arrieta Zabaleta pleaded guilty to helping the conspirators flee and Marisol Londoño Bedoya and her son Cristian Camilo Monsalve Londoño admitted they followed Pecci’s movements and informed the assassin.

Francisco Luis Correa Galeano is accused of hiring the assassins. He denies the allegation.

According to Ceballos Ichaso, in addition to the murder, Salinas and Gómez “were part of a structured organized crime group dedicated to illicit drug trafficking.” Both will be tried in Venezuela, he added.

Beyond uncovering who killed Pecci, authorities are still trying to figure out why he was so important to the Latin America crime scene. Colombian Prosecutor Barbosa Delgado said they are looking for those who ordered the crime.

The Associated Press cited Jorge Luis Vargas, Director of Colombian police, as saying that Pecci was on a death list put together by criminal organizations such as the Brazilian prison gang Primeiro Comando da Capital (PCC), or First Command of Capital.