The Supreme Court of Liberia sentenced seven traditional chiefs to six months in prison for interfering with the independence of the judiciary after they ordered members of a cult to abduct a judge and two other individuals in an attempt to manipulate a local land dispute. 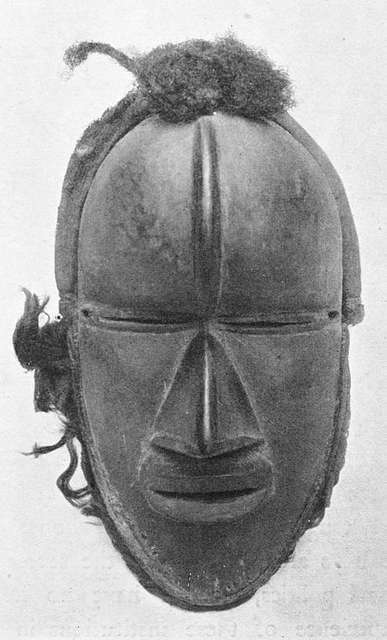 A traditional devil mask from eastern Liberia. (Photo: New York Public Library/GetArchive LLC, License)The incident from August in the town of Salala in Bong County involved the so-called ‘country devils’ - masked individuals belonging to a secretive cult who reside in the bush and are believed to possess supernatural powers. They took the abductees to the bush and held them captive for several days.

Othello Garblah, a Liberian political commentator affiliated with the New Dawn newspaper, told OCCRP that country devils are feared in traditional communities, adding that when they come to the village, no one but the cult’s members is allowed to leave their house.

“Not even the police would dare to interfere,” he said.

This effectively provides them with impunity, as no one can expose the identity of the men hidden behind masks.

According to Garblah, country devils tend to collide with traditional leaders, who exploit them as a power tool in local politics.

In December 2020 for example, country devils were ordered to the streets of the town of Nomodatonau in western Liberia during the senate election to discourage votes for a disfavoured female candidate.

In another incident last year, country devils blocked a bridge on one of Liberia’s key transport corridors to demand a certification of Senator-elect Brownie Samukai, which was suspended because he was charged with embezzlement of public funds during his term as the Minister of Defence.

Liberian Judiciary Spokesman Darryl Ambrose Nmah told OCCRP that it was rare for the Supreme Court to take action against traditional leaders who represent the executive branch of the government, but intervention was required as they disrupted the function of the court.