A court in Rome is deliberating whether to uphold a ban on the sale of two brands of Camel and Winston cigarettes after OCCRP and its partners revealed last year that they contained more menthol flavoring than legally allowed. 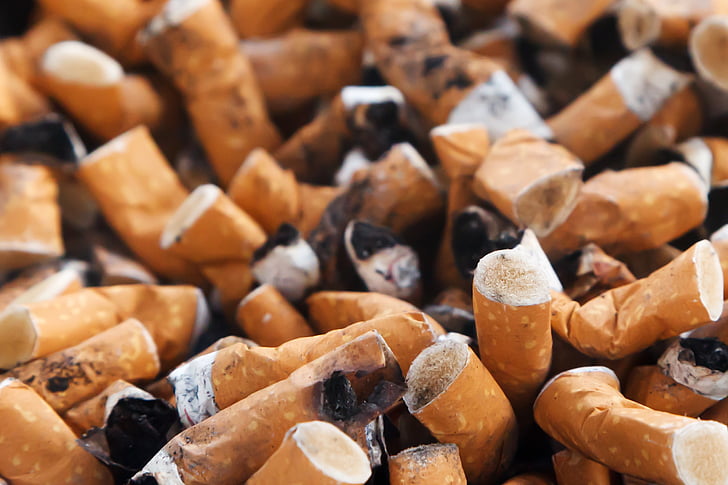 Cigarette stubs in an ashtray. (Photo: PickPik, License)Italy’s customs agency banned the two brands in March, but their manufacturer, Japan Tobacco International (JTI), appealed the decision and were allowed to reintroduce Camel Activate and Winston Expression cigarettes to the Italian market in September.

The European Union (EU) banned menthols and other flavored cigarettes in 2020, but tobacco control advocates complained that the wording used in its ban — that cigarettes could no longer have a “characterizing flavor” — was vague and difficult to enforce.

That proved true in many European countries when, in the months leading up to the ban, JTI introduced at least 66 new brands of cigarettes that omitted the word “menthol” on their packaging, but still had a minty flavor.

For its investigation, OCCRP had the cigarettes tested at the Mario Negri Laboratory in Milan, a leading tobacco study center, and they were found to contain significantly more menthol than normal cigarettes.

The customs agency tested them separately, at a laboratory in Palermo, Sicily. The results were in line with OCCRP’s findings, and customs banned their sale.

However, JTI appealed this decision because the Palermo laboratory had not been specifically approved by the European Commission for testing cigarettes for menthol.

“We contested the methodology used by the Customs,” said the lawyer representing JTI in the case, Maurizio Zoppolato.

In September 2022, the Tribunale Ammistrativo Regionale in Rome agreed with the tobacco company’s reasoning and allowed the Camel and Winston cigarettes to be sold again in Italy.

Customs is now appealing this decision based on an EU rule that allows member states to use their own laboratories as well as the official EU ones.

Maria Sofia Cattaruzza, president of the Italian Society of Tobaccology, a research and study group, said the upcoming court ruling in Rome would be critical in determining how the ambiguous wording of the law would be applied in Italy.

“If Customs manages to win this legal battle, it would be important because it will show that we must comply at least with the few laws in place,” she said.

“The problem is that the law shouldn’t leave any doubt about the amount of menthol allowed. There should be a quantitative limit for the menthol flavor in cigarettes.”

Customs tested two of the new BAT brands, Lucky Strike Eclipse and Rothmans of London Surround King Size, and also declared them unfit for sale due to excessive menthol content.

However, unlike JTI, BAT agreed in June to change the tobacco blend it was using in those brands, and received formal permission from customs for the cigarettes to be put back on the market.

A final decision from the Rome tribunal in the JTI case is expected in early 2023.

In the meantime, JTI’s lawyer says the company has not yet reintroduced the brands in dispute — although it has put two other brands on the market that have the exact same names, and similar packaging.