Roberta Metsola, president of the European Union (EU), said Monday that European democracy is under attack, following allegations by Belgian prosecutors over the weekend that Qatar had sought to shape EU policy by bribing multiple European parliament members. 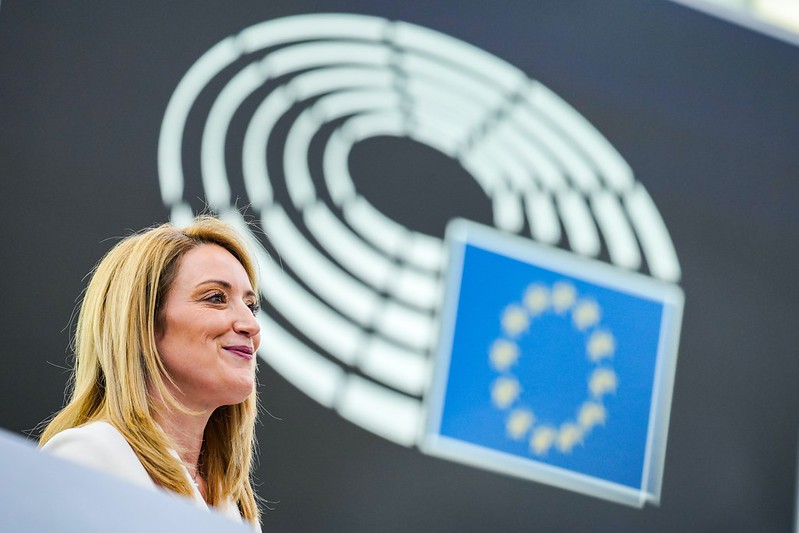 EU President Roberta Metsola responded Monday to Belgian reports that linked her MEPs to acts of corruption, calling their actions an attack on European democracy. (Photo: European Parliament, Flickr, License)Metsola’s statement, delivered to her colleagues at a plenary session in Strasbourg, came in response to Belgian federal police arresting both current and former members of European parliament (MEPs) on corruption and money laundering-related charges. Belgian authorities have so far seized some €600,000 (US$631,800) in cash in a series of 16 raids as part of their investigation.

“Make no mistake…European democracy is under attack,” Metsola said of the alleged Qatari plot to politically influence the bloc to its own government’s benefit via lavishing bribes and gifts upon select members.

Although Belgian prosecutors didn’t initially release the names of those detained, European Parliament vice-president Eva Kaili, from the Greek Panhellenic Socialist Movement, is said to be amongst them and was suspended Friday by the Socialists and Democrats group “with immediate effect.” She was similarly stripped of her vice-president powers by Metsola.

Before Belgian authorities brought the scandal to light, the bloc was scheduled today to debate the prospect of waiving visa requirements for Qatar and Kuwait citizens entering the EU. “In light of the investigations, this report must be sent back to committee,” Metsola said.

For years now, human rights groups and international media have denounced Qatar’s mistreatment of migrant workers employed to prepare the country for the 2022 World Cup. Reports of passport seizures, pay being withheld, and lackluster safety standards that resulted in thousands of migrant worker deaths stained much of the build-up leading up to the tournament.

Kaili, however, took the opportunity last month to echo claims that the Gulf state is a “frontrunner in labor rights.”

The EU president similarly called for greater transparency with how the bloc conducts business with foreign actors and their associates, in addition to advocating for a stronger whistle-blower system so that the bloc can protect those who help expose criminality.

“There will always be some for whom a bag of cash is always worth the risk,” Metsola said. “What is essential is that these people understand that they will get caught. That our services work and that they will face the full extent of the law.”