A group of lawmakers in Paraguay has tried to impeach the chief justice of the country’s Supreme Court over accusations that his son received hundreds of thousands of dollars to overturn the extradition of an alleged money launderer to the United States. 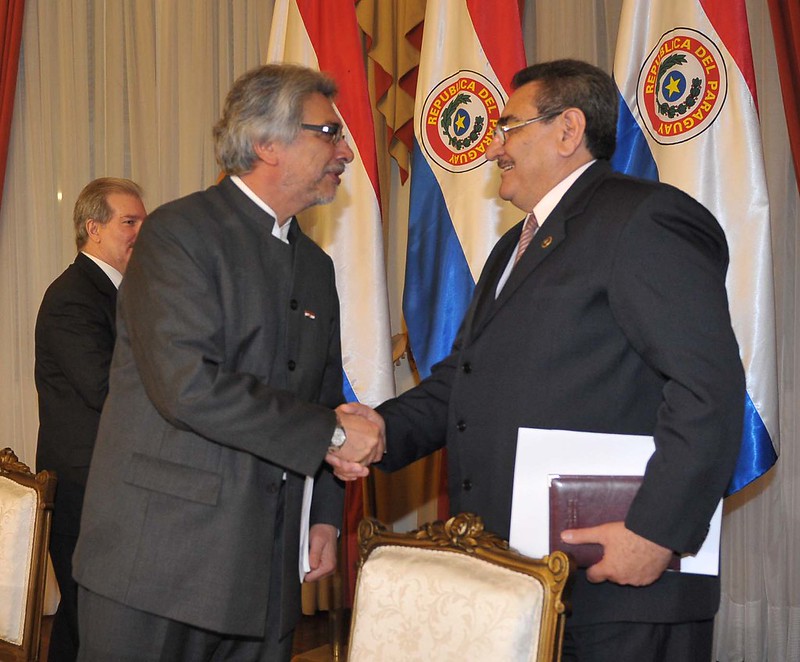 Hijazi would have paid Chief Justice’s son nearly US$400,000. (Photo: Fernando Lugo Méndez, Flickr, License)Paraguay’s lower house congress, however, voted Wednesday against impeachment, saying the allegations could not be true because the extradition was never overturned.

Kassem Mohamad Hijazi, who is accused of laundering hundreds of millions of dollars for drug traffickers and other businesses, was arrested in Paraguay in August of 2021 and immediately sanctioned by U.S. officials under the Magnitsky Act for alleged corruption.

In July of 2022, Paraguay’s top court ordered his extradition to the U.S. to face charges.

Last week, Paraguayan media released an agreement, signed nine days after the court confirmed Hijazi’s extradition, which stated Hijazi would pay Chief Justice Antonio Fretes’ son Amílcar Fretes up to US$368,000 to get the extradition overturned.

Hours after the agreement was released, Amílcar Fretes admitted he worked for Hijazi and resigned from his position at Itaipu Binacional, a huge dam between Brazil and Paraguay.

One day later, his father filed a request to step down from his position as chief justice for an indefinite period, citing “personal issues and health concerns.” The request was accepted unanimously by the eight Supreme Court justices, who proposed that the first vice president would assume the judge’s position.

The group of deputies says the whole chain of events is highly suspicious.

Deputy Celeste Amarilla alleges Hijazi “would not [have wanted] Amílcar Fretes” as his lawyer “if he were not the son of Antonio Fretes,” the president of Paraguay’s top court.

Deputy Edgar Acosta believes that Antonio Fretes “cannot continue one more second in Paraguay’s high court.” Acosta criticized the judge, saying that he allegedly stepped down from the presidency due to health concerns, yet is “not too ‘sick’” to still be a sitting justice.

“This is really a joke,” Acosta said.

According to Amarilla, “Amílcar [Fretes] would not have accepted” thousands of dollars in advance if he were not confident that “he was going to find a ‘way out’ to avoid Hijazi’s extradition.”

However, the judge’s son failed to block Hijazi’s extradition and last July Paraguay handed him over to U.S. authorities. Hijazi had been arrested in 2021 at the request of the late Paraguayan prosecutor Marcelo Pecci, who several months later was murdered while honeymooning in Colombia.

If Amílcar Fretes “believed that his father is honorable, blameless and incorruptible, he would never have signed that contract with” an alleged major criminal player in the Tri-Border Area  between Brazil, Argentina and Paraguay, Amarilla said.

Deputy Kattya González said that lawmakers should have analyzed the impeachment request carefully, “since the contract signed by Antonio’s son and Hijazi is considered clear evidence of the infiltration of organized crime in the administration of justice.”

The judge’s supporters, however, say he did nothing wrong and there is no merit to the allegations, as Fretes did not attempt to stop the extradition. Deputy Derlis Maidana said that Antonio Fretes “voted in favor of Hijazi’s extradition,” so the accusations do not correspond to reality.