New documents confirm previous investigations by Oštro and OCCRP that Mihajlo Perenčević, a Croatian businessman sanctioned due to his important strategic business in Russia, has extensive financial ties to a major Croatian tourism developer with a portfolio of property and assets worth some 200 million euros (US$207.95 million). 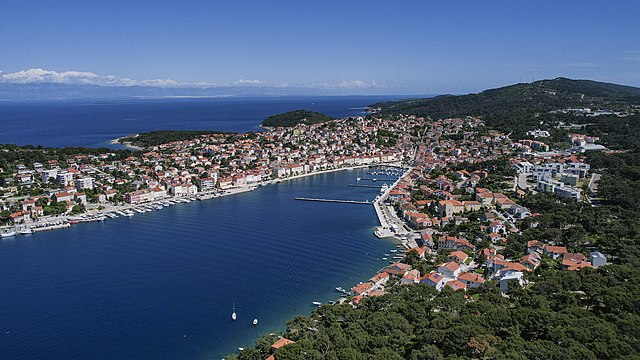 Mali Lošinj in Croatia, where Jadranka owns several properties. (Photo: Arne Müseler, Wikimedia, License)In an interview with Croatian media in 2015, Perenčević denied a financial connection to the takeover of tourism company Jadranka via a management company of Russia’s Promsvyazbank, saying that only his influence was involved, not his money.

But the new documents, obtained and reviewed by Oštro, show Perenčević paid back at least 8.9 million euros (US$9.21 million) in loans owed by Jadranka. Oštro and OCCRP have previously revealed the involvement of Perenčević and his family members in Jadranka, as well as some of his family members’ ownership of the company via a Russian fund and several offshore companies.

In Moscow, Perenčević and Krešimir Filipović, president of Jadranka’s supervisory board, ran Velesstroy, a pipeline building company which had the Russian state-owned Transneft as a key client. U.K. authorities placed him on their list of sanctioned individuals because Velesstroy operates in a business sector that is “of strategic significance” to the Russian government.

Among them were contracts showing that in 2014, Perenčević signed documents to guarantee loan contracts between Beta ulaganja, the Croatian company that owns Jadranka, and Raiffeisen bank. But it was Perenčević, not Beta ulaganja that paid back those loans in 2018 and 2019. Then in 2015 he signed another contract as a guarantor, known as a “pledge debtor”, this time for a 2.4 million euros loan from Sberbank.

Mihajlo Perenčević did not respond to emailed requests for comments.

Last year, Oštro and OCCRP revealed that Mihajlo’s brother Predrag Perenčević was the main beneficiary of the Hong Kong-based PNP Trust, which over time acquired control of Jadranka along with other assets linked to the Perenčević family, including the shares of the Cypriot company that owns Velesstroy. By 2019, the trust controlled at least 650 million euros of assets.

Documents from the Pandora Papers project revealed that the beneficiaries of the trust had changed several times. The most recent amendment seen by Oštro was in March 2018, when trust documents stated that in the event of Predrag Perenčević’s death, the beneficiaries would become “any male beneficiary descending from the Original Settlor’s father, born to a legal matrimony and fully and legally entitled to bear the Perenčević name.” This could only be Mihajlo Perenčević or his son, Nikola.

Predrag Perenčević passed away and was buried in the Croatian capital Zagreb at the beginning of November. It remains unclear who replaced him as PNP Trust’s beneficiary.

The Pandora Papers also showed that Asiaciti Trust, the Hong Kong-based corporate services provider that set up PNP Trust, resigned as its trustee in 2018 over the suspicious transfer of 3.1 million euros from Velesstroy to Jadranka via the trust’s operating company. The payment was described as “urgent” by Nikola Perenčević and was intended for the renovation of the “marquee restaurant” of Jadranka’s Hotel Bellevue after a fire in April 2018. But Oštro obtained the official damage assessment from the local fire department that showed just 200.000 HRK  (about 27,000 euros) of damages.

The Croatian beneficial owners’ register shows that today Jadranka is ultimately owned by Nikola Perenčević and Krešimir Filipović, the close associate of the Perenčević family who is also the majority shareholder of Velesstroy. Filipović holds shares in Velesstroy through the company Waveform Investments, which has recently changed its registered address from Cyprus to Russia. After the publication of Pandora Papers, Mihajlo Perenčević changed his address from Russia to Croatia in September this year, while in October Krešimir Filipović changed his registered address from Moscow to Dubai.