A Kyrgyz investigative journalist who has published stories about high-level corruption in the country was apparently deported today, minutes after a court ruled against him. 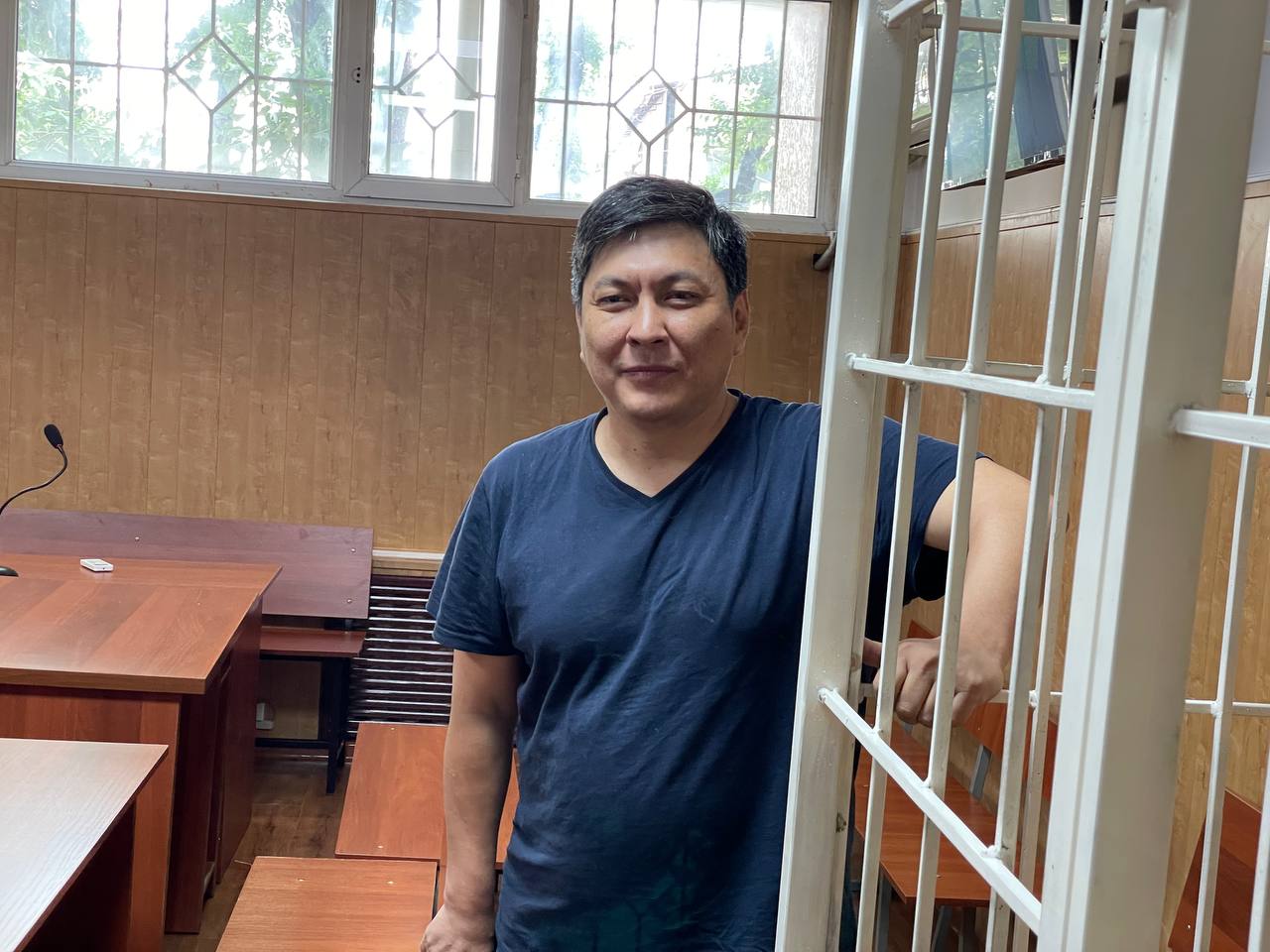 Bolot Temirov (Photo: Kloop)Journalists covering the trial of journalist Bolot Temirov said that after the court ordered his deportation, police took him into custody. Several hours later the journalists shot video of him in the departure area of the airport; it was unclear where he was taken next.

Temirov’s lawyer Baatyr Bolotbekov told OCCRP, “The decision was made on Wednesday, during the consideration of the appeal in court in his case. After the sentence was announced several policemen took the journalist out of the courtroom and took him away.”

Policemen who escorted Bolot didn’t let anyone talk to him, Bolotbekov said. Journalists who had been covering his court appearance then went to the airport, where they recorded video of Temirov being taken by lift to the third floor and “escorted to the departure area. We don’t know what documents he used to fly out as his Kyrgyz passports were annulled and his Russian passports, as far as I know, are held by his relatives,” Bolotbekov said.

The lawyer said police didn’t give Temirov time to gather clothes or to say goodbyes to his family.

“A big question now is why [did] police act like this, without letting a person gather all the needed documents? Even if this kind of decision was made, they should have given him some time so he could fly out in a normal way,” Bolotbekov said.

Drew Sullivan, co-founder of OCCRP, decried both the decision and the haste with which it was apparently implemented.

“Bolot spoke truth to power and that was a problem for authorities,” Sullivan said. “He was born in Kyrgyzstan and should have been given time to clear any disputes. If anything happens to him, his blood is on Kyrgyz authorities.”

This morning’s appearance marked the second round of court action involving Temirov. At the end of September, Bishkek district court acquitted him of drug possession, illegally obtaining a passport, and illegally crossing the border but  convicted him of forging  documents in 2008 to get a Kyrgyz passport. He was not sentenced on that charge because the statute of limitations had expired.

Neither Temirov nor the Prosecutor General’s office agreed with the verdict and both appealed it.

Bishkek city court left the previous court’s decision in force but approved an appeal from the Prosecutor General’s office to deport Temirov, as he was convicted of using forged documents to obtain a Kyrgyz passport.

Temirov called this verdict “a small revenge from the government.”

On Tuesday, a day before the verdict, Temirov stated on social media his intent to file a slander lawsuit against President Sadyr Japarov and his long-time ally Kamchybek Tashiev, the head of the GKNB national security agency, based on comments they made to the press during the investigation.

“We have already submitted an application to a court, but it was not accepted. But we will file again and again until the claim is accepted,” Temirov said.

Temirov is the co-founder and head of the media outlet Temirov LIVE, which publishes investigations into high-level corruption in Kyrgyzstan. He was arrested this January when police raided his office and claimed to find drugs in his back pocket. Temirov and his supporters say the drugs had been planted.

The arrest occurred just a day after Temirov LIVE published an investigation into the business dealings of the family of GKNB head Tashiev.

After his release under house arrest, Temirov continued his investigative work and authorities later added three more charges. They accused Temirov, who, like many in Kyrgyzstan, is also a citizen of Russia, of falsifying documents to receive his domestic and international Kyrgyz passports. Based on that claim, they also charged him with illegal border crossing when he traveled abroad.

Investigations by OCCRP reporters suggest Temirov’s prosecution was a deliberate targeting of an outspoken journalist, including by the GKNB. His initial arrest was preceded by months of surveillance and harassment directed at Temirov and his team.