A secretive trading network set up in Lithuania and Singapore a decade ago might have helped a Belarusian power player to dodge international sanctions, the Belarusian opposition claims based on a joint investigation conducted by two OCCRP member centers. 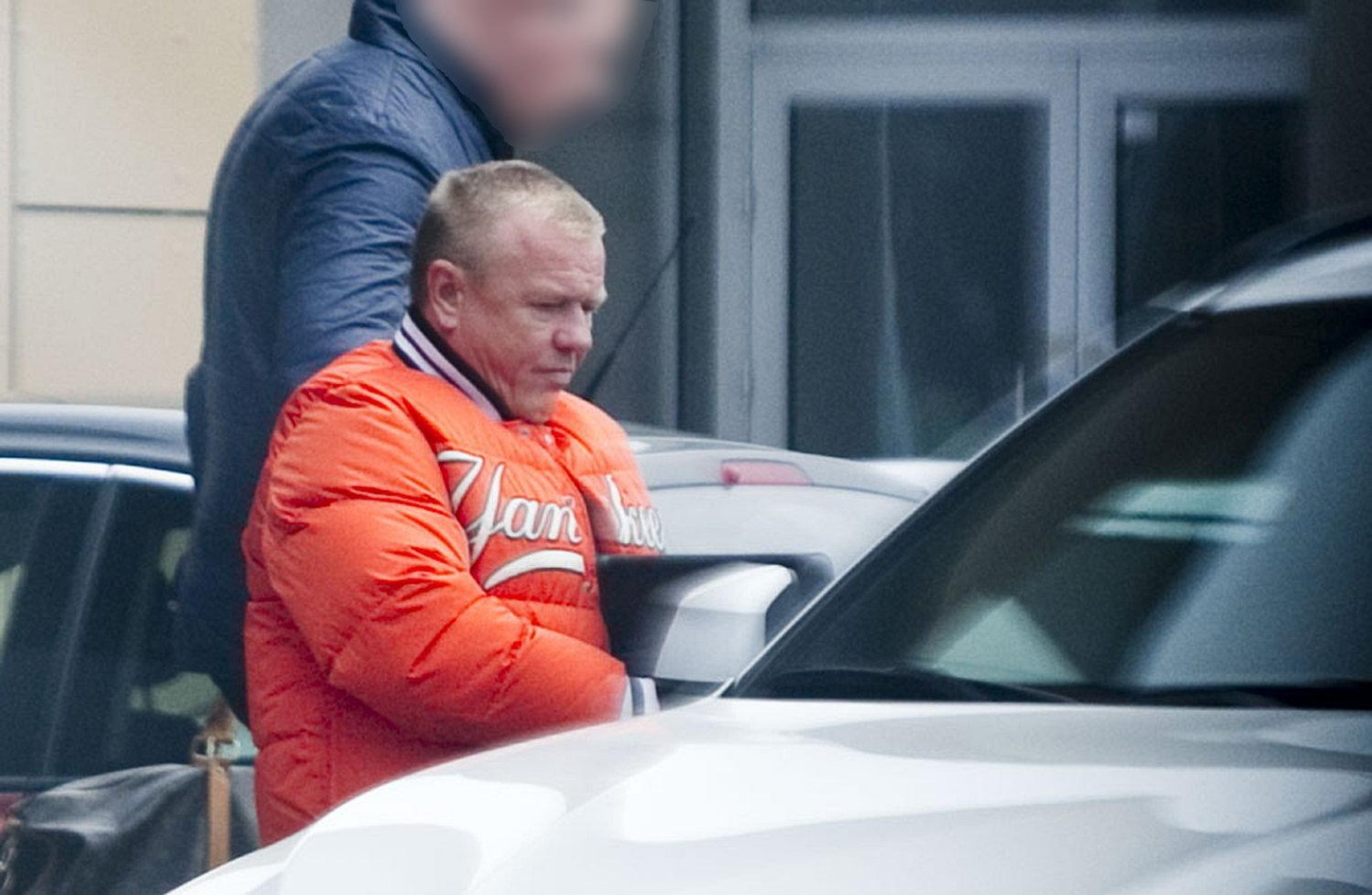 Siena and BIC uncovered a network of companies covertly connected to the regime that generated several billion dollars in sales in 2011 and 2012, when the Lukashenko regime was allegedly evading fees owed to Russia and Yury Chyzh (then known as ‘Lukashenko’s Wallet’) was put under European sanctions.

Many of the connections lead to Vitold Tomaševskij – a secretive Lithuanian multi-millionaire and business associate of Chyzh.

Siena and BIC, using leaked data from Belarusian Cyberpartisans, a hacktivist group deemed a terrorist organization by the Lukashenko regime, documented Tomaševskij’s frequent travels to and from Belarus, often flying in private jets with Chyzh and Aliaksei Aleksin – the current holder of the ‘Lukashenko’s Wallet’ title.

Many of the flights took place  as Belarus was engaged in the scheme to evade Russian fees, and not long before Chyzh found himself on the European sanction list.

In 2011 and 2012, Russia was supplying its ally Belarus with duty-free petrochemicals. If the chemicals were then exported onward into the European Union, the duties were supposed to be paid to the Russian budget.

This  rule, however,  did not apply to solvents, a product virtually non-existent in Belarus’ earlier trading statistics. Yet Belarus suddenly started massively exporting them.

At the same time, a Lithuanian company called One Energy became a major player in the petrochemical business. With zero sales in 2010, in 2011 it sold petrochemicals worth nearly 1 billion bn EUR euros (US$1.02 billion). One Energy’s financial documents revealed its principal suppliers: two Belarusian companies owned by Chyzh and one owned by Aleksin, who at the time was Chyzh’s business associate. The biggest part of One Energy’s sales consisted of ‘solvents’.

One Energy was officially owned by Vilius Kavaliauskas, the founder of the elite Lithuanian wealth management firm Lewben, who personally supervised some of Vitold Tomaševskij’s offshore dealings. In a written comment to Siena, Kavaliauskas stated he was the end beneficiary of the company and it wasn’t being held for anyone else’s benefit.

Despite the  near-billion turnover in 2011, One Energy paid only 4,173 euros ($4,288) in tax to the Lithuanian budget, according to the local tax office. Kavaliauskas claims little tax was paid because VAT – the company’s biggest liability – wasn’t owed since the petrochemicals were exported to other countries and did not stay in Lithuania.

In March 2012, Chyzh was sanctioned by the EU for his ties to the Lukashenko regime in the wake of its crackdown on protesters after the 2010 presidential election. One Energy’s sales dropped tenfold, with ‘solvents’ still being its biggest source of income. However, Chyzh’s and Aleksin’s companies were no longer the suppliers. Instead, One Energy listed Savoil LLP, a company based in Singapore.

“If Belarusian companies were the suppliers and then, all of a sudden, a company from a third country appears and the nature of the business remains the same… that raises the hypothesis that it was probably an attempt to dodge the Belarusian origin and bypass the sanctions,” Vytis Jurkonis, a political scientist based in Vilnius, told Siena.

Savoil had been established in 2011, as the solvent scheme gained momentum. According to leaked data from the Pandora Papers, a global investigation led by ICIJ, Vitold Tomaševskij was its ultimate beneficiary.

In the Pandora Papers, BIC and Siena found a report on Savoil’s net sales: $817 million USD in 2011 and a staggering $4.8 billion in 2012. In the leaked documents, Lewben’s Kavaliauskas is indicated as the contact person for Tomaševskij.

The revelation sparked immediate reaction both in the Lithuanian parliament and in the Belarusian opposition, which had been forced into exile after the 2020 presidential election.

“It is a clear attempt to bypass sanctions. We see that people from the blacklist … found ways to keep trading in the same production they sold previously. It is necessary to investigate and determine the scope of this trade,” Franak Viačorka, the senior adviser to Sviatlana Tsikhanouskaya, Lukashenko’s principal contender in the 2020 election, told Siena.

Laurynas Kasčiūnas, the head of Lithuania’s parliamentary Committee on National Security and Defence, asked two Lithuanian authorities to investigate. Kasčiūnas urged the State Security Department and the Financial Crime Investigation Service to determine if the evidence shows either sanction evasion or threats to national security.

“It is evident that the scheme worked with impunity for years, even though it wasn’t masked real well. This poses serious questions,” Kasčiūnas told Siena.

Kavaliauskas claims One Energy was never involved in dodging sanctions or any other illicit activities. He did not respond to questions about Savoil and Tomaševskij.

BIC reached Tomaševskij through one of his companies in Russia. Aleksey Sinitsyn, the CEO of Tomaševskij’s K-Potash Service based in Russia’s Kaliningrad enclave, confirmed Tomeševskij and Chyzh had business connections, but said that all of those connections were terminated, largely due to sanctions on Chyzh. In Belarus, Tomaševskij and Chyzh still own a small chain of gas stations.

A spokesperson for Chyzh declined to comment for this story.

Chyzh’s lawyers successfully argued to overturn the EU sanctions, and he was removed from the blacklist in 2015. However, he seems to have fallen out of favor with the regime. Chyzh has been  arrested in Belarus on several occasions, with serious charges including large-scale tax evasion.

Chyzh’s former associate Aleksin took over many of his businesses. In recent years, Lukashenko personally granted him vast influence in the Belarusian tobacco sector, dominated by state-owned enterprises and considered to be the principal source of smuggled cigarettes in Europe.

After Siena’s and BIC’s joint investigations, Aleksin was sanctioned by both the EU and the US. The US Treasury dubbed Aleksin to be ‘Lukashenko’s Tobacco Wallet’.

Siena’s and BIC’s investigation was funded by JournalismFund.eu