Hong Kong Customs seized over seven tonnes of suspected smuggled meat and fish, including thousands of kilograms worth of Chinese hairy crab, also known as Chinese mitten crab, a delicacy in Chinese society. 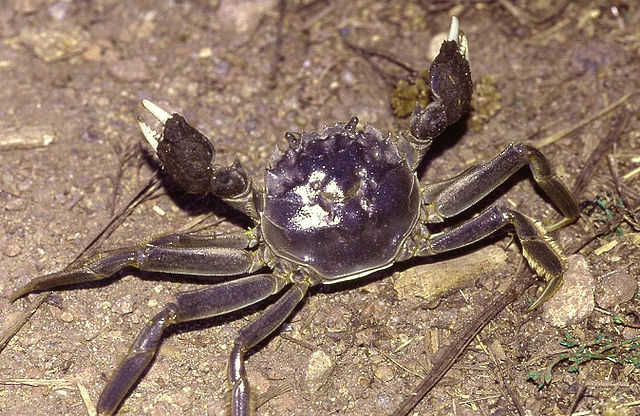 Hong Kong port authorities seized over seven tonnes of suspected smuggled meat and fish, including over five tonnes of Chinese mitten crab, a delicacy throughout parts of China. (Photo: Christian Fischer, Wikimedia, License)Authorities uncovered roughly 5.2 tonnes kilograms of hairy crab and 2.5 tonnes of frozen meat, all suspected to have been smuggled goods. All together, the containers hold an estimated market value of HKD$2.9 million (US$369,631).

The unmanifested items, which were seized near the Hong Kong-Zhuhai-Macao Bridge of the Hong Kong Port, were packaged amongst other properly declared goods in order to conceal them.

The Chinese hairy crab, named for its hairy claws, is commonly found in rivers and lakes throughout eastern China and along its border with North Korea. The heavily nutritious crustacean, loaded with protein and vitamins, is considered an autumn seasonal delicacy in the country as well.

Despite its cultural significance and nutritional value, the mitten crab is labelled by many as an invasive species due to its rapid reproduction rate and tenacity to spread into new habitats. They can smuggle themselves into the ballast water within container ships and spread into the surrounding environment as soon as the vessel reaches port at its destination.

If prepared improperly, it can also cause significant health risks for humans due to its status as an intermediate host for the oriental lung fluke parasite. Because of this, the government of Canada has designated the Chinese mitten crab as an illegal food import.

Hong Kong Customs officials took the vehicle’s driver, a 44-year-old male, into custody following the search and seizure, but released him soon after on bail pending further investigation.

Under the island’s import and export laws, smuggling carries a maximum fine of HKD$2 million ($254,918) and a potential seven year prison sentence.