Canada and the United States individually sanctioned on Friday two Haitian political elites, whom the two countries accuse of using their positions to protect and enable criminal organizations responsible for the destabilization of Haiti and its rule of law. 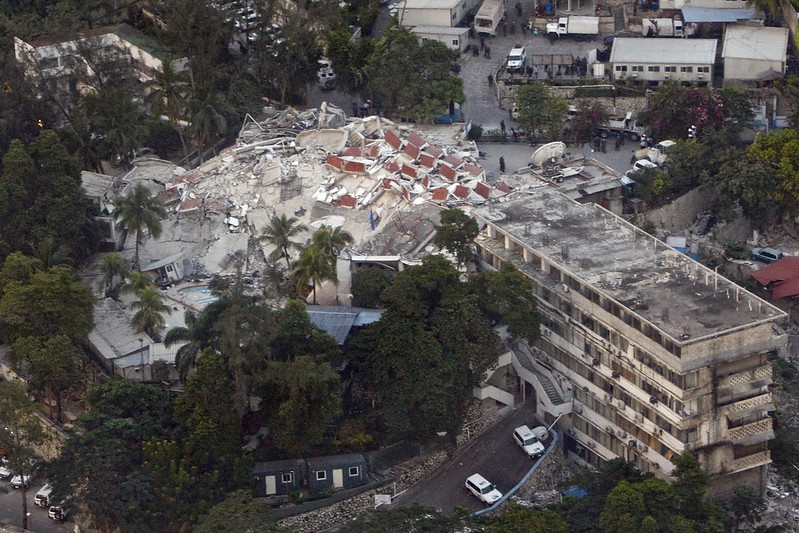 Canada and the U.S. sanctioned two Haitian government officials who are said to have facilitated crime groups that have profited off of the island's misfortune in the wake of multiple natural disasters. (Photo: United Nations Development Programme, Flickr, License)Haitian Senate President Joseph Lambert, 61, and former Senate President Youri Latortue, 55, were sanctioned by both Global Affairs Canada and the U.S. Department of the Treasury for their alleged direct involvement with armed crime groups that have terrorized Haiti’s population with drug trafficking and violence.

“Joseph Lambert and Youri Latortue have abused their official positions to traffic drugs and collaborated with criminal and gang networks to undermine the rule of law in Haiti,” said Brian E. Nelson, Under Secretary of the Treasury for Terrorism and Financial Intelligence.

Lambert’s history with drug trafficking spans two decades, the Treasury said, a time period which coincidentally also covers his entire political career. He has allegedly used his authority to “lead and facilitate the trafficking of cocaine from Colombia to Haiti” and to provide protection and impunity for the country’s narcotics traffickers.

U.S. Secretary of State Antony Blinken also said there is credible information that Lambert was involved in an extrajudicial killing at some point during his 20-year political career, in addition to other gross human rights violations.

The State Department did not immediately reply to comment when asked by OCCRP to expand on this accusation.

Latortue similarly stands accused of trafficking cocaine from Colombia to Haiti and has even “directed others to engage in violence on his behalf,” according to U.S. authorities.

These acts of drug trafficking, criminal financing, and corruption have contributed to the destabilization of the Caribbean nation as it continues to reel from natural disasters and is in dire need of humanitarian aid, the Canadian government said.

The damages were only exacerbated by the 2021 earthquake, whose main shock generated a magnitude of 7.2 as well as several aftershocks.

In the face of these disasters, the country’s difficulties with crime groups supported by Lambert and Latortue, Canada said, have impeded the delivery of critical services so desperately needed by the island’s inhabitants.

Armed groups have committed murder and acts of sexual violence “to terrorize and subjugate the population and to expand territorial control,” the Canadian government said.

This includes their encirclement of Port-au-Prince, Haiti’s capital, and the disruption of critical services such as water, electricity, health, and sanitation which the population is dependent on. This has subsequently caused a cholera outbreak, made all the worse by their impediment of the delivery of humanitarian assistance to the island’s most vulnerable.

“Canada will not remain idle while gangs and those who support them terrorize Haiti’s citizens,” Minister of Foreign Affairs Mélanie Joly said of Canada’s decision to impose sanctions upon Lambert and Latortue. “We are putting pressure on these individuals to force them to end their senseless violence.”