A Crypto Scheme in Czechia Linked to Russian Tutors of Czech

In videos that are circulating Czech social media, alleged crypto traders, speaking heavily accented Czech in a setting with skyscraper-dotted Moscow City in the background, claim to have made millions from an ingenious algorithm trading cryptocurrencies in the Korean stock market. 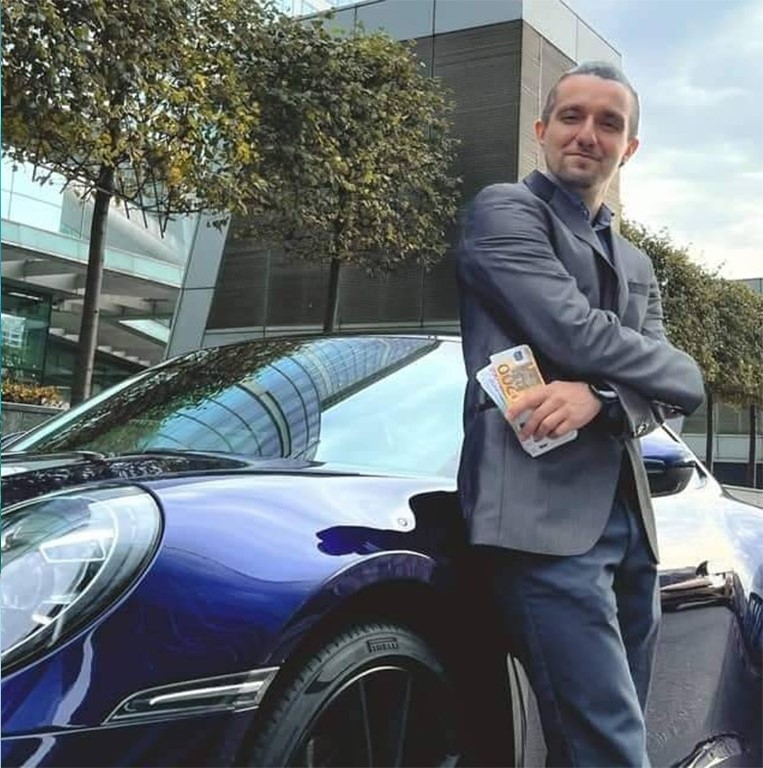 The individuals claimed to have made millions in trading cryptocurrency. (Photo: Investigace.cz)Tempting.

However, OCCRP’s partner Investigace.cz took a closer look at the videos, which also incorporated people whom the advertised scheme was to make instantly rich – including random bystanders or pizza boys.

Using face recognition software, Investigace.cz found that the main protagonists, who presented themselves as Czech nationals, were from Russia. Two of them were previously making a living by teaching Czech. The supposed beneficiaries turned out to be professional actors, offering services to Russian advertising agencies.

Victims were lured into paying an initial investment, only to be subsequently asked for increasingly more fees. The scheme was linked to a crypto wallet that contains over US$614,516 of apparent proceeds from the illegal activity.

The outlet spoke to a victim, identified as Marianna, a financially distressed mother from Slovakia. She submitted five such payments totalling over US$400. Then she became suspicious.

“I was told that new complications came up. The Ministry of Finance allegedly required me to pay a tax for the transfer of the money, which was (an equivalent of) US$256. That was too much,” she said.

The outlet also managed to contact one of the protagonists. He continued pretending he was indeed a professional crypto trader, defending himself with an argument that the videos featured his digital clones. However, when the reporters sent him a link to his profile on a language tutoring portal, he blocked them.