An investigation by Iraq’s finance ministry discovered Sunday that US$2.5 billion dollars were stolen from a government tax commission account by five companies, in what amounts to one of the largest corruption scandals in the country’s history. 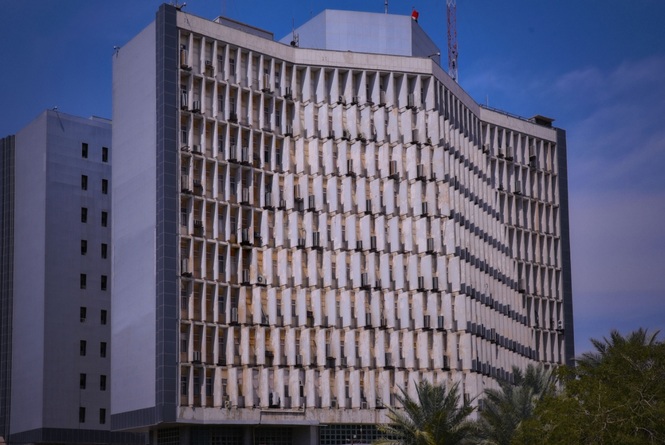 Iraq’s finance ministry discovered that $2.5 billion dollars has up and vanished from a government account, in what amounts to one of the largest corruption scandals in the country’s history. (Photo: Ministry of Finance Iraq/Twitter, License)All together, taxpayer revenue totaling 3.7 trillion Iraqi dinars was embezzled from a government account at Baghdad’s Rafidain Bank—a state-owned bank and the largest in Iraq—between September 2021 and August 2022.

During this time, 247 cheques were cashed by five companies, three of which were formed just over a month before the scheme began, reported Sajad Jiyad, an Iraqi political analyst.

The account’s intended purpose was to hold funds for “companies who held contracts with the public sector, to be repaid once projects are completed,” Jiyad explained.

“These amounts have been stolen by the companies through the cheques issued by the General Commission of Taxes instead of going to the real beneficiaries,” the internal probe concluded.

“Who are the real owners of these companies, who authorised these cheques to be given to the companies, how did it go undetected for a year?” Jiyad asked in a tweet, while also calling for an immediate investigation into identifying the politicians “complicit in this massive corruption/theft.”

Acting finance minister Ihsan Abdul Jabbar was forced to step down soon after the scandal was brought to light.

“We will not allow Iraqis’ money to be robbed,” prime minister-designate Mohammad Shia al-Sudani said, in a pledge to confront endemic corruption in the country. Sudani further made it clear that solving the case will be top priority for his incoming administration.

Iraq’s Integrity Commission, an independently run commission mandated to investigate corruption at all levels within the government, has been briefed on the case.

Although the country’s judiciary has also become involved, it is too soon to say if the puppet masters behind the conspiracy will ever face justice, nor can it be guaranteed that the funds will ever be recovered.

Public outrage towards state corruption was at the forefront of the 2019–2021 Iraqi protests, which left hundreds dead at the hands of police brutality and led to the resignation of former prime minister Adil Abdul-Mahdi.

Iraq holds the unfortunate honor as one of the most corrupt countries in the world. Transparency International’s 2021 corruption index ranked it tied for 157th out of 180 nations, although it did improve on its 160th ranking from the year before.