The Inter-American Court of Human Rights (IACHR) urged Nicaraguan authorities to free 45 political prisoners detained during what has been described as a time of deep social, political, and human rights crisis that erupted in early 2018. 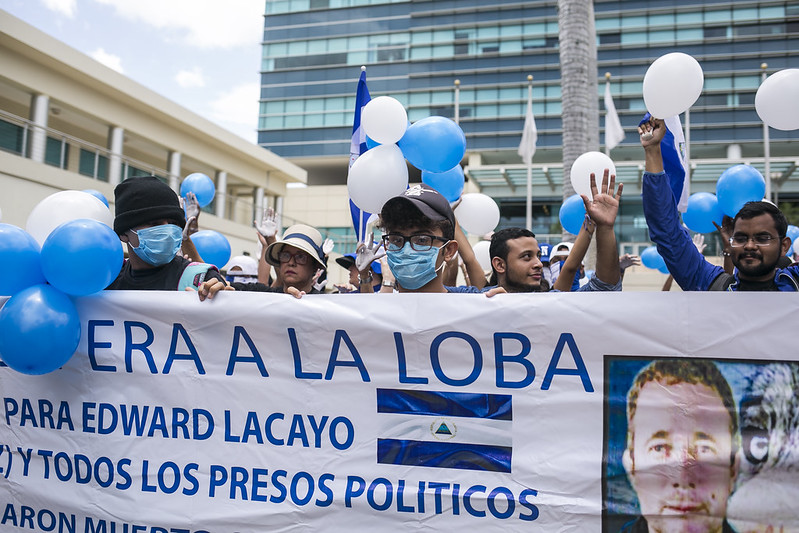 According to the United Nation’s Committe against Torture, Nicaragua’s government “has systematically violated human rights.”

One of the country’s oldest media outlets, La Prens, saw its headquarters raided and controlled by police since August. This week, prosecutors accused four of its journalists of “conspiracy to undermine national integrity” - a broad charge that many Nicaraguan political prisoners have been accused of and sentenced for.

According to IACHR, surveillance, harassment and selective repression against individuals considered to be belonging to the opposition intensified since 2020, especially during the last general elections.

Those who have been incarcerated continue to be exposed to inhumane treatment.

“Precarious conditions of detention from inadequate medical care to food shortage and threats show the extreme seriousness and urgency of the risks to health, integrity and life of the prisoners,” IACHR President Ricardo Pérez said.

A sister and niece of two political prisoners said there was a drastic reduction in the quantity of food offered after the last visits in late July. “There’s a policy of ordered and intentional starvation, to wear out, annihilate, and decrease the physical capacities of our relatives,” one of them explained.

The IACHR demanded that Nicaragua protects the 45 prisoners and guarantees the life, integrity and personal liberty of their family members. The Ortega-Murillo regime will have until October 18 to report to the court about the measures it has adopted to comply with the ruling.

So far, the Nicaraguan regime has kept more than 200 individuals in different prisons across the country for political reasons.