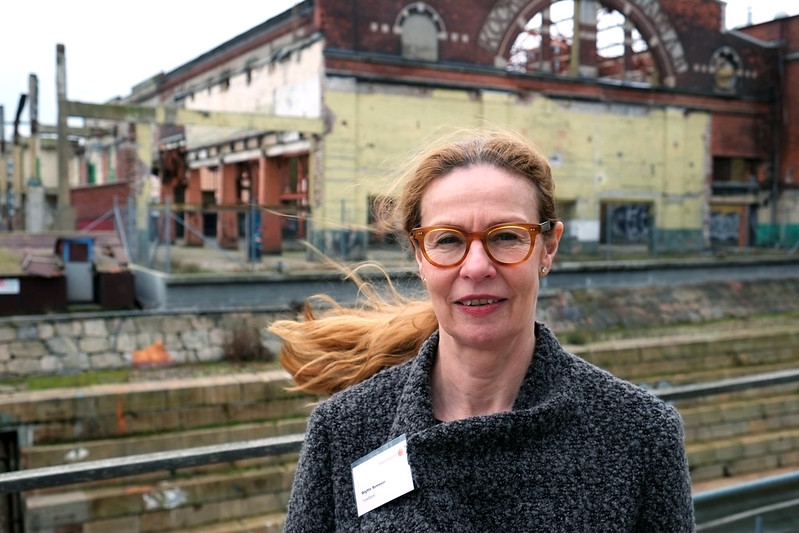 “Birgitte Bonnesen, in her capacity as CEO of Swedbank, intentionally or out of gross neglect misled the public and the bank’s stakeholders about its work to prevent money-laundering in its operations in Estonia,” chief prosecutor Thomas Langrot told the Stockholm District Court in his opening remarks.

After a report from a law firm in 2018 showed that competitor Danske Bank had failed massively to prevent money-laundering in the Baltic states, Bonnesen was frequently asked if Swedbank had had the same problems in the region, where it was the market leader. Bonnesen repeatedly ensured reporters and analysts in late 2018 and early 2019 that it did not, thereby hiding the bank’s shortcomings, Langrot explained.

When Swedish Television (SVT) later in February 2019 presented a leak exposing suspicious money-laundering in the billions through the bank’s customer’s accounts – blatantly contradicting the CEO’s version – the Swedbank share plummeted on the stock exchange.

In 2020, Swedbank then received a record US$400-million administrative fine from Finansinspektionen, Sweden’s financial supervisory authority, due to ”major deficiencies in its work to combat money laundering in its Baltic operations.”

The main criminal charge in the trial against Bonnesen is aggravated fraud, carrying a maximum penalty of six years in prison.

The ex-CEO greeted familiar faces among the flock of reporters who had gathered at the court. Bonnesen looked relaxed and declined commenting on the case. She denies all charges.

Her defence lawyer Per E Samuelson told reporters that “the overall message which Birgitte Bonnesen and the bank gave during the autumn of 2018 and winter 2019 was fully correct and nuanced. Then you journalists have edited her quotes, but she can’t be held responsible for that.”

The prosecutor has based his investigation on flawed media reports, the defence lawyer said. He also claimed that Finansinspektionen was wrong to fine Swedbank, arguing it had been “caught up in the media-frenzy” at the time.

The prosecutors, however, told the court that their case is based mainly on internal reports from Swedbank, from 2016 and onwards. They said these reports show that the bank and its CEO were well aware of deep flaws in its anti-money-laundering work mainly in Estonia, raising the risk that criminal funds were funnelled through its clients’ accounts.

British anti-money-laundering expert Graham Barrow calls the trial against Bonnesen “a really big deal,” and highly unusual. He argues that holding a former CEO of a bank personally accountable is really important.

“Not to pre-judge her guilt, but I think as an approach, it is absolutely crystal-clear that the use of fines against banks hasn’t made any difference whatsoever,” Barrow said. “In fact, only the shareholders and customers are penalized that way.”

Some clients were Russian oligarchs, and some money flowing through the bank could be traced to companies allegedly tied to the so-called Magnitsky fraud in Russia.

The bank’s so-called high-risk clients funnelled more than $40 billion through its Baltic operations between 2014 and 2019, an investigation from law firm Clifford Chance, commissioned by the new Swedbank board, concluded in 2020.

Barrow argues that money-laundering in the Baltics in the 2000s and the 2010s was most likely approved by and enriched the Putin regime and helped it remain in power.

“You almost cannot divorce what happened then in the Baltics with what is happening now in places like Ukraine,” Barrow said.

The trial is planned to run until November 25. A verdict can be expected a few weeks later.

Swedbank is also currently being investigated by U.S. authorities as well as by a prosecutor in Estonia over its operations in the Baltics. The bank has said that it cooperates fully with the investigations.

Swedbank did not want to comment on the Bonnesen trial, but spokesperson Unni Jerndal wrote to OCCRP, saying that “Swedbank has remedied the historical shortcomings that were identified in 2019 in the area of money laundering and has, among other things, received a higher rating from rating agency Fitch with reference to the remedial work." Danske Bank declined to comment.