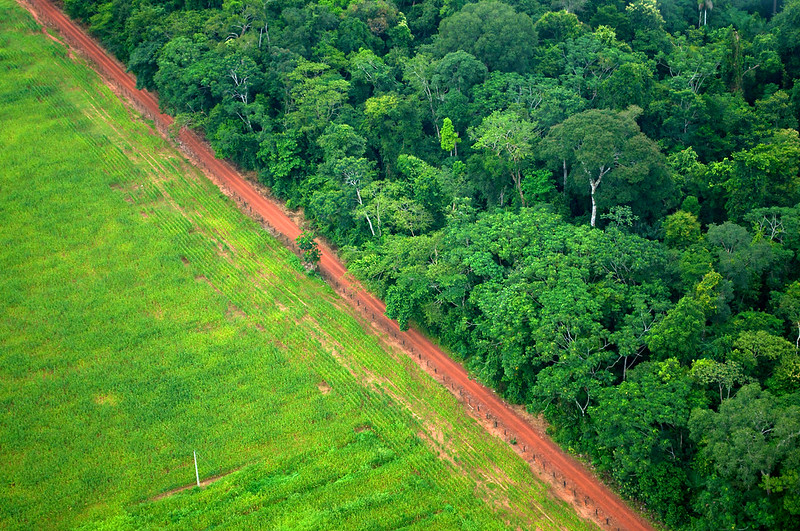 (Photo: Kate Evans/CIFOR, Flickr, License)“The Bank of England, the European Central Bank, and the Federal Reserve have purchased large volumes of debt issued by companies linked to deforestation and forest destruction,” read the report. Corporate bonds are bought by banks as part of a strategy to inject additional liquidity into financial markets, especially after the 2008 financial crisis.

The tool is supposed to reduce the cost of borrowing for companies and was used widely during the pandemic as a way of bolstering economies.

Global Witness Analyst Veronica Oakeshott said that “at a time when the climate crisis is ravaging countries across the world, it is unacceptable that the biggest central banks are bankrolling companies linked to the destruction of forests and its associated human rights abuses.”

Brazil lost an area the size of Denmark of primary forest over the last three years.

Global Witness’ research found that the Federal Reserve had bought a total of US$16 million in corporate debt from a range of controversial agribusiness traders including Archer-Daniels-Midland Company (ADM), Bunge Ltd Financial Corp, and Cargill, Inc., which are allegedly linked to deforestation and land-grabbing in ecosystems including the Brazilian Cerrado, one of the world’s richest savannas and critical carbon sink.

The Bank of England invested in an undisclosed fraction of a $165 million Cargill bond, while the European Central Bank bought an undisclosed amount of debt issued by Bunge Finance Europe B.V., a subsidiary of Bunge Limited.

Although both the European Central Bank and the Bank of England “have agreed to gradually decarbonize their corporate bond holdings,” Global Witness believes that not publishing the values of their holdings created “a lack of transparency.”

The Federal Reserve has “wound down” its bond purchasing program buying scheme.

“We need banks to take urgent action on deforestation,” the Global Witness tweeted.

Cargill said it was “committed to ending deforestation and conversion in our agricultural supply chains,” while Bunge stated it was “committed to complying with all regulations either in local or global markets and to adhering to our own strict social-environmental policies.” ADM, on the other hand, did not respond to requests for comment.