The police in South Africa’s Gauteng arrested 1,450 suspects in weekend operations aimed at improving safety in the province – said a press release by the South African Police Service. 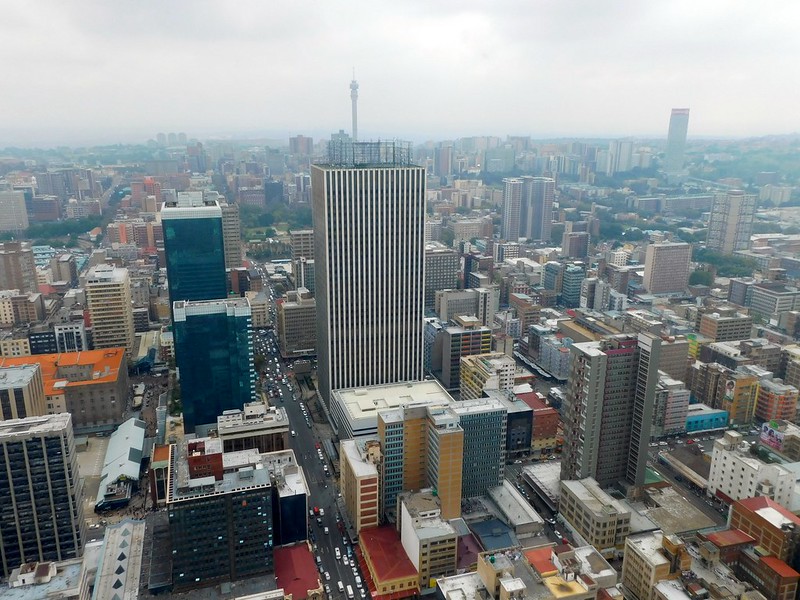 Johannesburg, South Africa’s largest city and economic capital, ranks as one of the most dangerous cities in the world. (Photo: Adamina, Flickr, License)Gauteng, containing the Johannesburg urban area, hosts a fourth of South Africa’s population and is the wealthiest province in the country and the financial hub of the entire continent. Johannesburg, notorious for its lawlessness, currently ranks as the seventh most dangerous city in the world.

“Some of the suspects have been released after paying fines, while others are expected to appear before various Magistrates courts across the province starting from 26 September 2022,” it added.

Most of the arrests were made under the tracing phase of ‘Operation O Kae Molao’, which was launched on the evening of September 21, with more than 900 arrested. In its continuation on the next day, the police received a tip-off leading to the arrest of 20 undocumented foreign nationals seemingly involved in drug dealing.

The tip-off eventually brought them to an industrial area in the suburban city of Springs. After searching the area, the police discovered a ‘huge’ illegal gold-processing plant, arresting 14 other undocumented foreign nationals.

According to a report by the Global Initiative Against Transnational Organized Crime (GI-TOC) published last week, criminal activity has reached a level at which it poses an existential threat to the country.

The report attributed the blame to the apartheid legacy of extreme inequality and neglect of poorer areas by the state. This was exacerbated by the undermining of state institutions under President Jacob Zuma, who ruled for nine years until he was ousted in 2018.