U.S. authorities charged 47 people on Tuesday for their alleged role in a conspiracy to defraud US$250 million from a federally-funded program designed to feed impoverished children during the pandemic. 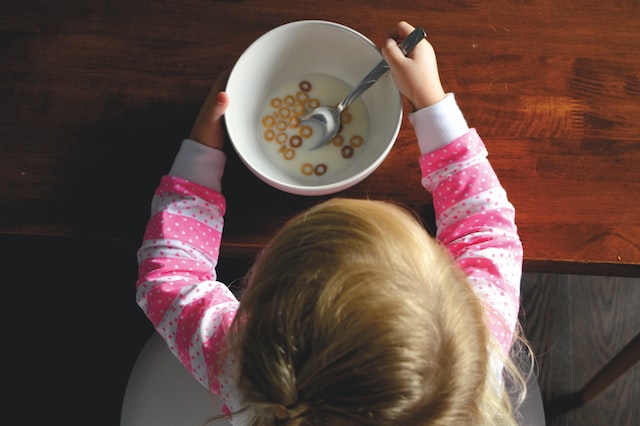 American authorities charged 47 people Tuesday in a conspiracy to defraud US$250 million from a federally-funded food program, in what authorities call “the ultimate get-rich-quick scheme”. (Photo: Providence Doucet, Unsplash, License)The Department of Justice (DOJ) stated that the defendants saw the pandemic as an opportunity to pocket vast sums of money in order to purchase luxury cars, houses, jewelry, and coastal resort property abroad.

“In March 2020, early in the pandemic, a small group of people in Minnesota had an idea and saw an opportunity,” said U.S. Attorney Andrew Luger. “These individuals believed they could steal tens of millions of dollars from a federal child nutrition program by claiming to serve food to needy children when they were not.”

As their plan to capitalize on the pandemic met with initial success, Luger explains, they were joined by several others who also wanted to make money at the expense of needy children.

The Federal Child Nutrition Program is designed to provide free meals to children in need. Out of the state of Minnesota, it is administered by the Minnesota Department of Education (MDE), which allocates funding to meal distribution sites through authorized sponsor organizations.

Sponsors are responsible for monitoring each of their sites and submitting reimbursement claims to the government. They then retain 10 to 15 percent of the funds as an administrative fee, the DOJ explains.

At the center of the conspiracy stands Aimee Marie Bock, 41, of Apple Valley, Minnesota. Bock is the founder and executive director of Feeding Our Future, a non-profit organization and participating sponsor in the Federal Child Nutrition Program.

She is charged as the kingpin behind the quarter of a billion dollar fraud scheme carried out by sponsored Feeding Our Future sites, which are documented with distributing millions of fake meals between March 2020 and January 2022.

The other 46 defendants, all from Minnesota, were indicted on various charges of bribery, money laundering, and fraud for falsely claiming to have served hundreds of thousands—in some cases millions—of meals to needy children.

Dozens further stand accused of managing the individual sites which defrauded the Federal Child Nutrition Program of millions of dollars, with multiple cases reaching as high as $28 million per site.

All together, Luger said that the conspirators fraudulently issued over 125 million fake meals across more than 250 sites in Minnesota, all at the government’s expense.

“For a $250 million dollar fraud, the allegations make clear that the defendants worked incredibly fast, stealing money for themselves at a breakneck pace,” said Luger, who further condemned the 47 for exploiting a program designed to feed needy children during the COVID-19 pandemic.

Ultimately, he said, they prioritized their own greed and engaged in a brazen scheme that misallocated “more than a quarter of a billion dollars in federal funds to purchase luxury cars, houses, jewelry, and coastal resort property abroad.”

To carry out the scheme, authorities say the defendants issued false invoices that overinflated the total amount of food served to children at the sites. They attempted to cover their tracks by fabricating lists of fake children who received meals at their sites each day.

In one case, a website designed to create random names was used to fill out several lists, the DOJ said.

The conspirators also formed dozens of shell companies to further inflate their stake in the Federal Child Nutrition Program, with others similarly created to launder the ill-gotten gains.

Feeding Our Future employees named in the indictment also stand accused of soliciting bribes and kickbacks in order to make the criminal conspiracy flow smoothly. Many of these kickbacks were paid in cash or documented as consulting fees in order to hide their true nature, the DOJ said.

Ultimately, when MDE came knocking to verify the legitimacy of the +250 sites, Bock attempted to dissuade an investigation by arguing discrimination against the Feeding Our Future sites.

Given the gross number of meals claimed by her non-profit, however, MDE resolved to deny her any future site applications as the investigation into the conspirators’ alleged activities proceeded.

Multiple U.S. officials remarked how they can only stand in awe at the overall scope of the criminal conspiracy.

“Today’s indictments describe an egregious plot to steal public funds meant to care for children in need, in what amounts to the largest pandemic relief fraud scheme yet,” said FBI Director Christopher Wray.

Likewise, Special Agent in Charge Justin Campbell of the IRS Criminal Investigation, Chicago Field Office said that “exploiting a government program intended to feed children at the time of a national crisis is the epitome of greed…Instead of feeding the future, they chose to steal from the future.”