Between 2016 and 2021, the number of people exposed to forced labor increased by nearly three million in part due to economic insecurity brought about by the coronavirus pandemic, a new report by the International Labor Organization (ILO) says. 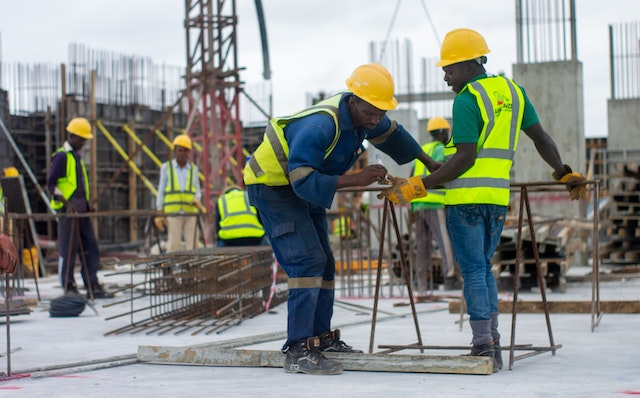 A significant portion of forced labor occurs in construction. (Photo: Akin Victor, Pexels, License)This brings the number of people in situations of forced labour to 27.6 million on any given day.

The most common form of coercion involves systematic withholding of wages to compel workers to stay in a job by invoking fear of losing accrued earnings. Forced confinement and physical and sexual violence were also observed, albeit on a less frequent basis.

The highest prevalence of forced labor was reported in the Arab states, some of which are notorious for their highly exploitative migrant labor laws – most notably the variations of the so-called ‘Kafala’ system, still enforced in countries such as Oman, Saudi Arabia and the United Arab Emirates.

Under Kafala, migrant workers are tied to their employer and are not allowed to change jobs — or leave the country in more extreme cases — without the employer’s permission.

Forced labor touches all parts of the private economy, but the sex industry, alone accounting for 23% of its incidence — together with manufacturing, construction, agriculture and domestic work — were dominant.

The states are responsible for 14% of the cases. This typically includes abusing prison labor for private interests, forcing conscripts into work of non-military character or mobilising citizens for unpaid work on public projects. In Turkmenistan for example, tens of thousands are forced into the fields each year to pick cotton.

Meanwhile, the number of people in forced marriage, often driven by economic hardship, has risen from 15 million in 2016 to 22 million in 2021 – an increase the ILO linked to the recent global pandemic. “COVID-19 has exacerbated the underlying drivers of all forms of modern slavery, including forced marriage,” the report said.

Yet, the report also indicates that in the context of the global economic slowdown and rising food and energy prices, the drivers of modern slavery are likely to further exacerbate. “There are many reasons for concern,” it said.