Azerbaijani authorities arrested on Sunday the editor of an independent outlet and a lawyer known for defending journalists, activists and political prisoners, accusing them of bribery. Both have denied the allegations but will remain detained during a four-months-long investigation period. 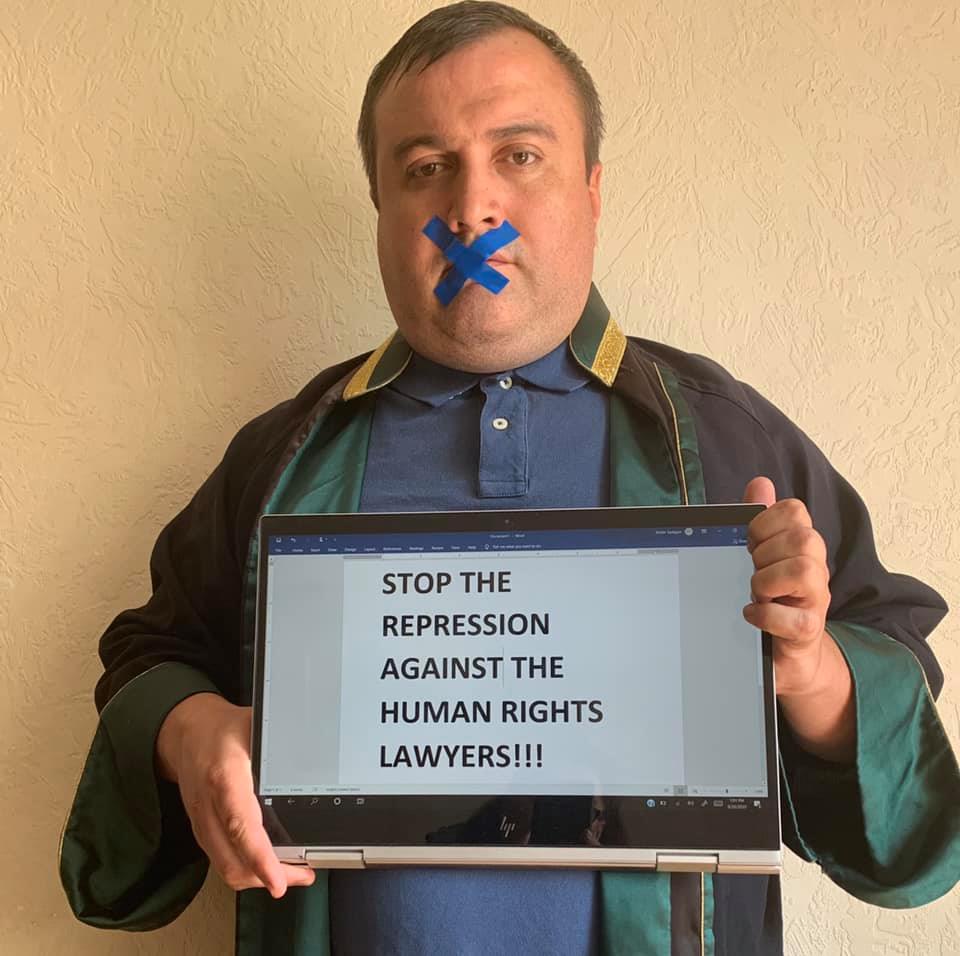 Azerbaijani authorities arrested lawyer Elchin Sadigov, known for defending journalists, activists and political prisoners. (Photo: Elchin Sadigov/Facebook, License)Lawyer Elchin Sadigov is accused of having acted as a middleman between chief editor of the Xural media outlet Avaz Zeynalli and businessman Rasim Mammadov, the former chairman of the Baku Steel Company, the region’s largest metallurgical company who is himself facing criminal charges that include embezzlement.

Sadigov is Mammadov’s lawyer. Zeynalli is suspected of having received the bribe in exchange for writing positive stories about Mammadov.

Sadigov’s lawyer Shahla Humbatova told the media that her client refused to testify and that he claims that the real reason for his arrest is his professional work.

“It is aimed at punishing him for his political activities. He said that he did not commit any crime. This is out of the question. He is innocent,” Humbatova told journalists in an interview.

According to the lawyers of both defendants, the court ruled on the detentions based on allegations made by pro-government media. Zeynalli also said his arrest is related to his political speeches.

The prosecution confirmed in a press release on Monday that the preliminary investigation was based on media reports.

According to Khadija Ismayil, the editor in chief of independent news outlet Toplum TV, the lawyer’s arrest will leave dozens of activists, journalists and political prisoners without legal representation.

“That, probably is the goal”, she wrote on her Facebook.

A group of lawyers appealed to President Ilham Aliyev to help change the court’s decision.

“We believe that the detention measure chosen for Zeynalli and Sadigov is excessive and contrary to the principles of equality, justice and humanism before the law….We consider their arrest as an excessive and unjustified measure,” they wrote.

“In this regard, we ask you to help change the restraining order and conduct a transparent and fair investigation of what happened,” their appeal said.

The Committee to Protect Journalists released a statement that called on authorities to release the two.

“Azerbaijani authorities should free Zeynalli and Sadigov, drop the charges against them, and refrain from jailing members of the press and their advocates in retaliation for their work,” the statement said.