Kenya extradited the last escaping member of a prominent wildlife trafficking syndicate to the United States, where he is wanted for trafficking huge amounts of ivory and rhino horn, the country’s Directorate of Criminal Investigations (DCI) said on Sunday. 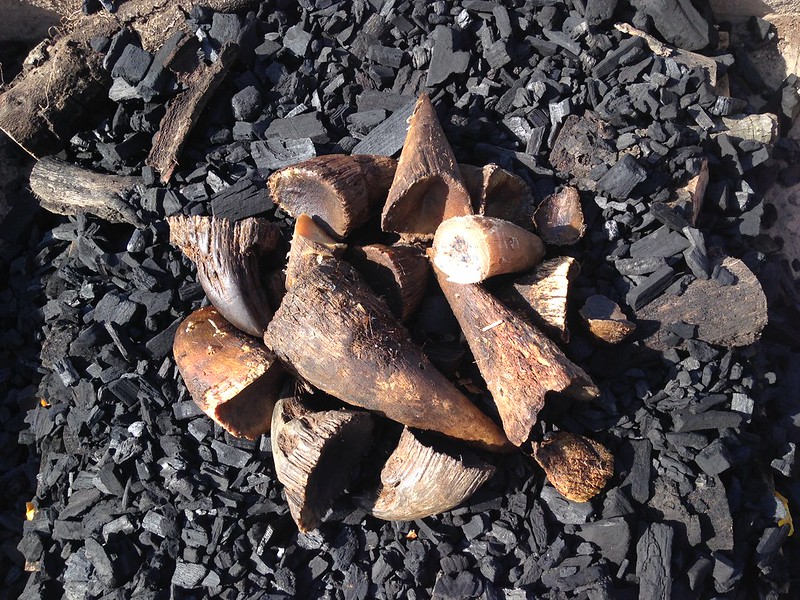 Abdi Ahmed was the last escaping member of a notorious wildlife trafficking syndicate, involved in trafficking of rhino horn, ivory... (Photo: U.S. Fish and Wildlife Service, Flickr, License)Abdi Ahmed, a national of Kenya, was arrested in an early morning raid on August 3, after detectives received an anonymous tip-off that he was hiding in a rented room in the town of Maua, central Kenya.

On May 26, the U.S. offered up to US$1 million for information about Ahmed and his accomplice, Badru Saleh. Less fortunate Saleh was caught five days later as he attempted to escape to neighboring Somalia.

Ahmed’s arrest followed his indictment in a New York court in June 2019, which charged him with conspiracy in trafficking at least 190 kilograms of rhino horn and 10 tonnes of ivory, valued at more than US$7 million.

These weights were estimated to be responsible for the killing of 35 rhinos and 100 elephants, poached in Kenya, Uganda, DR Congo, Guinea, Mozambique, Senegal and Tanzania.

Charges were also raised against his co-conspirators – Moazu Kromah, a Liberian residing in Uganda, Amara Cherif, a citizen of Guinea, and Mansur Surur from Kenya.

In addition, Ahmed and Surur were charged with participation in distributing and possessing with intent to distribute more than 10 kilograms of heroin.

All of Ahmed’s accomplices were in recent years caught and extradited to the U.S. to face trial.

The group, active in 2012-2019, was based in Uganda and surrounding countries and was supplying buyers in the U.S. and Southeast Asia.

Some of the supplies destined for the U.S. were hidden pieces of art such as African masks and statues, said the New York court.

Elephant and rhino poaching in Africa is driven by demand for ivory and rhino horn in Southeast Asia, where they are seen as a status symbol of success and wealth and are also used in traditional Chinese medicine.

While the levels of poaching fell in recent years, elephant and rhino populations continue to be under threat in most of the range states on the continent.