Authorities in Saudi Arabia said they seized 46 million amphetamine pills hidden in a flour shipment in what is believed to be the country’s biggest drug bust, according to a Saudi Press Agency announcement released on Wednesday. 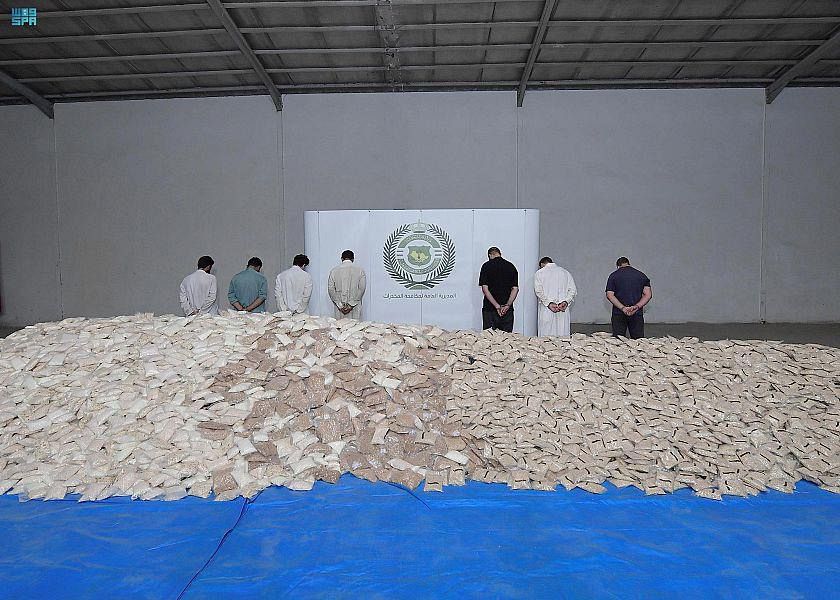 The seized pills are estimated to have a value of up to $1 billion. (Photo: Saudi Press Agency)Security agents followed the shipment as it arrived at a Riyadh dry port, and were led to a warehouse, the General Directorate of Narcotics Control said.

Eight were arrested during the warehouse raid on suspicion of smuggling the pills.

The suspects, six Syrians and two Pakistanis, now face legal measures and were referred to the Public Prosecution, the announcement said.

The narcotics have a street value of up to US$1 billion, Arab News reported.

The authorities have not named the amphetamine pills or disclosed where the shipment came from, but Saudi Arabia is the largest market for pills branded Captagon.

Captagon - typically a mix of amphetamine and caffeine- is reportedly one of the most popular drugs among youth of Saudi Arabia. Majority of Saudi drug users are reportedly between ages 12 and 22, and 40% of addicts use Captagon.

According to the UNODC, over half of all Captagon seized in the Middle East between 2015 and 2019 was in Saudi Arabia.

There have been numerous Captagon busts in the Kingdom this year, including over a million pills confiscated at the Jordanian border in April, two million found in the Jeddah and Duba ports in February, and another three million seized in Jeddah in January.

Previously, millions of Captagon pills were smuggled into the country in other eccentric ways - hidden inside pasta shipments, imported cardamom, onions, and coffee bags.