Police in Belgium detained several suspects and seized more than 57 million cigarettes and 48 tons of cut tobacco, with a total tax value of more than 32 million euro (US$31.94 million), during an international operation, Europol said on Tuesday. 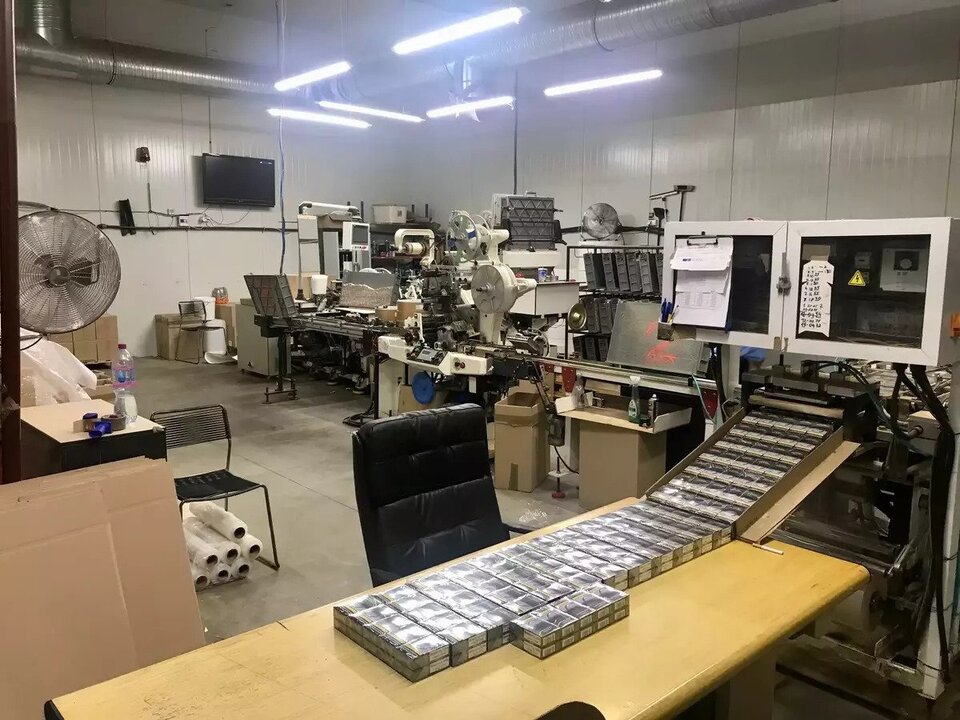 Belgian authorities conducted searches in warehouses and a private residence based on information received from the Lithuanian Criminal Police Bureau about suspicious deliveries to Belgian addresses.

During the search, officers discovered two whole cigarette manufacturing lines for producing a variety of well-known brand names, with a market value of over 73 million euro ($72.88 million) for consumers in the United Kingdom, according to Europol.

In addition to tobacco and cigarettes, investigators discovered and confiscated a vast amount of empty packages, filters, cigarette paper, glue, cardboard, and packaging film, as well as seven new machines meant for a new production and packaging line.

“In some locations, sleeping quarters for workers were uncovered on the premises,” read the statement.

“The total payables on these seized illicit tobacco products – consisting of the excise duty, special excise duty and value added tax – totals more than 139 million euro ($138.8 million),” according to Europol.

Belgium became “a major hub for illegal tobacco production and trade,” according to the agency, due to its closeness to the French and British borders, growing excise duty rates in its neighboring countries, and short distances to some underground markets.

Europol and Eurojust also supported a separate operation led by Hungary and involving law enforcement agencies in Austria and the Czech Republic which led to the “dismantling of a criminal network involved in large-scale tax fraud concerning cigarette smuggling.”

“In March 2021, the Hungarian Tax and Customs Administration seized nearly 23 million unsealed cigarettes that arrived by plane from Dubai to the Hungarian airport of Debrecen,” Europol said in a statement.

Cigarettes were produced in the United Arab Emirates, then concealed in car parts and shipped to Europe on cargo planes. Hungarian authorities then intercepted one shipment as it was leaving the airport in four trucks with Polish license plates, according to Europol.

It added that it is believed that a crime group organized two similar deliveries in January and February last year, depriving the European Union budget of more than 8.75 million euro ($8.751 million) in taxes.

“In an action day on 16 August 2022, which was precipitated by significant analytical findings by Europol, one suspect was arrested and law enforcement officers were able to seize 750,000 euro ($749,800) in various currencies, seven luxury vehicles and 49 luxury watches from the Hungarian citizen who was arrested,” Europol said in a statement on Monday.

It further stated that European authorities are on the lookout for three other suspects “for whom European and international arrest warrants have been issued.”