A court in Zagreb ordered on Monday five people who were arrested over the weekend to remain in detention on suspicion of defrauding Croatia’s main oil and gas company INA of more than a billion Croatian kunas (US$133 million) by reselling the company’s gas abroad for 10 times the purchase price and keeping the difference for themselves. 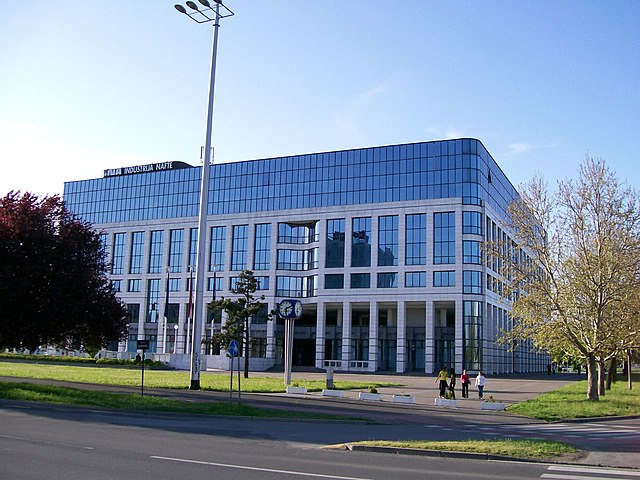 INA headquarter in Croatian capital Zagreb. (Photo: Suradnik13, Wikimedia, License)Croatia’s Police and the Office for the Suppression of Corruption and Organized Crime (USKOK) arrested the suspects simultaneously in Zagreb, Split and Šibenik counties on Saturday, accusing them of being members of a criminal association that focused on fraudulent trade and money laundering.

The group is accused of having sold INA’s gas to a small company owned by one of the suspects which then resold it to foreign customers for ten times the price and keeping the profit for themselves.

A court in the Croatian capital Zagreb ordered a one month detention for each one of them.

A day after the arrest, USKOK froze 813 million HRK ($108.66 million) that were deposited on 16 accounts in eight banks and six open investment funds, in an unprecedented blockade of embezzled funds in the country, the Croatian government said.

The illegally obtained money was also invested in real estate that was also blocked.

“The most important thing is that the funds are blocked, which ensures that there is as little financial damage as possible,” Croatian Prime Minister Andrej Plenković told the media on Monday.

While the Croatian authorities did not reveal the identities of the suspects, media reported that the police and USKOK targeted one of INA’s managers, Damir Škugor; his father, a pensioner, Dane; chairman of the Croatian Bar association, Josip Šurjak and his business partner Goran Husić, as well as board director of Eastern Slavonia Gas company, Marija Ratkić.

The media speculate that the Škugors took most of the loot, or some half a billion HRK ($66.7 million), Husić more than 90 million HRK ($12 million) and Šurjak nearly 69 million HRK ($9.2 million).

INA, a stock company whose biggest shareholders are the Hungarian MOL Group and the Croatian Government, with a minority of shares held by private and institutional investors, stated that its Management and Supervisory Board “were not making decisions on the disputed contracts that are the subject of USKOK’s investigation.”

They explained that Damir Škugor was a lower level executive, but was still given authority to sign contracts worth up to 20 million euro ($20.03 million), to be co-signed by his deputy. The company also said Škugor was the signatory of “all the contracts that are the subject of the investigation.”

Therefore, INA has initiated the termination of the employment contract with him. It also said it will revise all the existing contracts and launch other legal actions as needed.